Home » Alice Cooper and the Tome of Madness 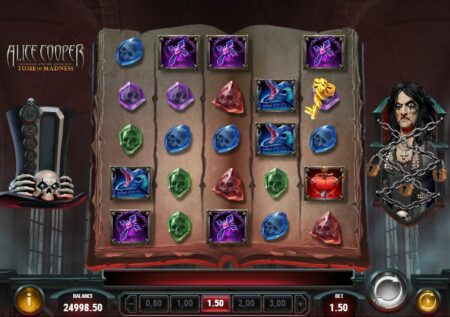 Alice Cooper and the Tome of Madness

Alice Cooper and the Tome of Madness by Play n Go is a new slot with a great theme, high RTP, Turbo Mode, and plenty of convenient gameplay options.

Get ready to enter the nightmarish world of the legend of the American Rock, Alice Cooper. You will do that through the Alice Cooper and the Tome of Madness slot by Play n Go. The new game has a 5 reeled setup with five rows of cascading reels as you create a cluster of matching symbols. The new slot also comes packing plenty of features and bonuses that can make your stay at the game quite rewarding. There are Mega Wilds, the Hat of Madness, Multipliers, Free Reality Spins, and much more. Before you step into the madness, check this detailed review of the slot and know more about its features, gameplay options, and payouts.

The Alice Cooper slot is based on one of the most well-known and outrageous rock performers, Alice Cooper. He is the Godfather of what is called Shock Rock. Therefore, do not expect a slot full of kittens and rainbows. Instead, it has a horror theme, which is set in Alice Coopers’ parallel universe.

Alice Cooper and the Tome of Madness by Play n Go is a five-reeled slot that has five rows of symbols, which creates the 5×5 gaming grid. The slot does not host any paylines, as it has a cluster payout system. Therefore, you will need to get a cluster whether horizontally, vertically, or diagonally. You will see the 5×5 grid in the middle of the screen, taking place in a big hallway in Alice Cooper’s mansion. You will see Alice Cooper’s signature hit on the left side and Alice Cooper himself on the right side of the reels. As for the icons appearing on the reels, they include different precious gems with embedded skulls, the golden key, hearts, and much more. The visual style is impressive, well-drawn, and creates an immersive experience. As for the control panel, it is underneath the reels. It is where you can control the gameplay, place bets, spin the reels, etc.… 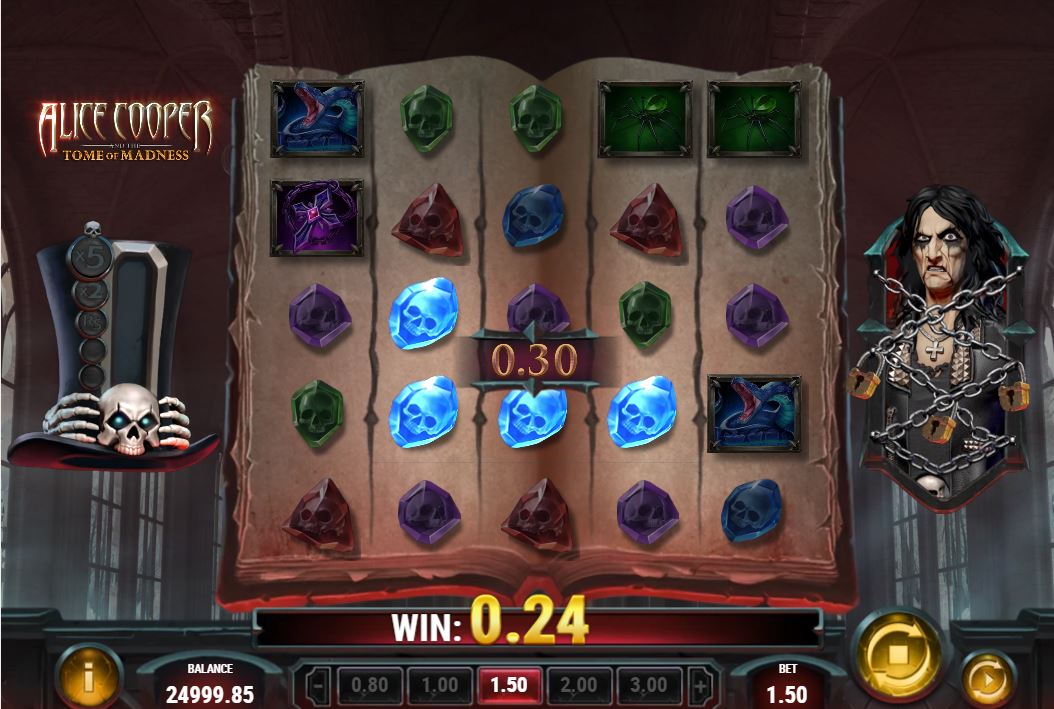 Alice cooper by Play n Go has a betting range that is between 0.10 and 100 credits for each of the spins. You can easily change your stakes through the + and – symbols underneath the reels. There is also a Turbo Mode that makes the gameplay much faster. There is also an Auto Play feature with win and loss limits. The RTP of the new slot is fixed at 96.2% with medium volatility. As for the max payout, it is fixed at 3000x the stake.

Alice Cooper has several features and bonuses, and they start with the Mega Wild feature. You will collect golden keys, and a wild will be left behind. Whenever you collect three keys, you will unlock the Mega Wild Feature. That will cause the Mega Wilds to cover the entire reels. It can also become active after a non-winning spin from that set of escapades. 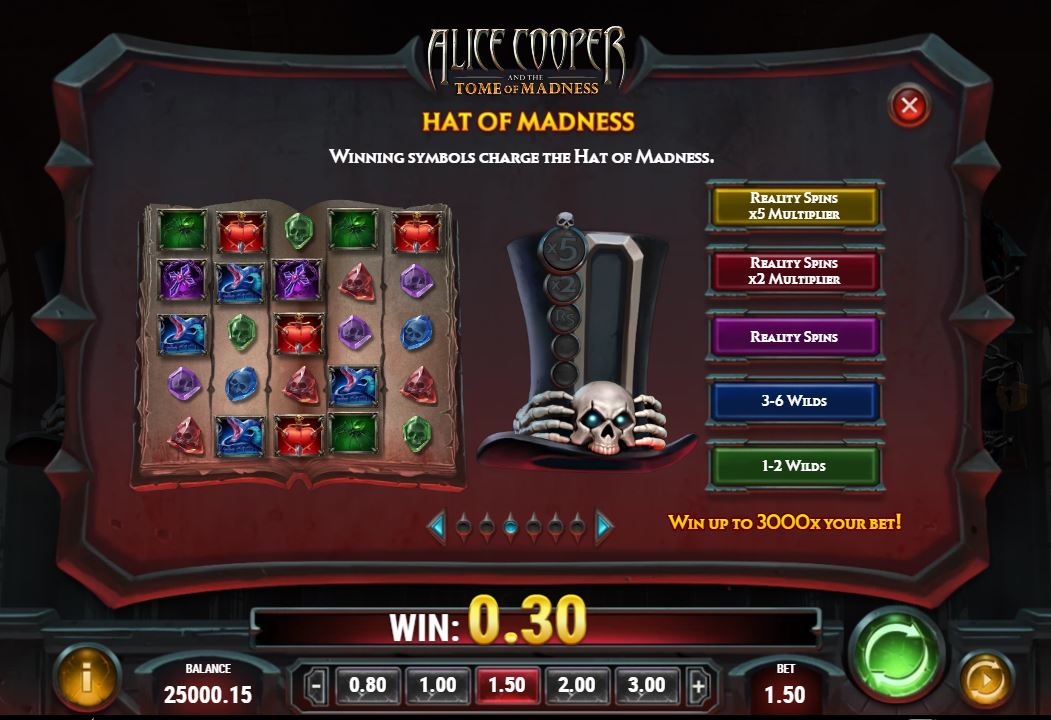 Every time you succeed in creating a winning cluster, the icons will charge the Hat of Madness feature. Whenever you manage to collect ten or more charges during a single cascade set, you will trigger the feature. Thus, you will have better potential rewards as the number of collected charges. These potential rewards include reality spins, wilds, multipliers, and much more.