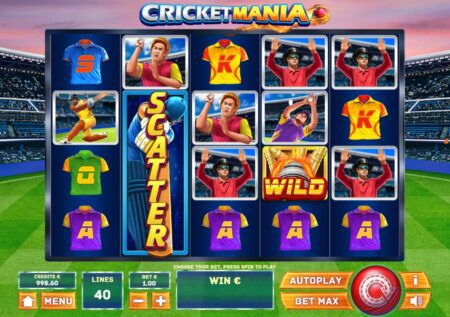 Cricket Mania by Tom Horn Gaming is a fun and a highly rewarding slot with a Cricket theme, free spins, and the expanding wild feature.

Tom Hon has released Cricket Mania, a slot dedicated to one of the most popular sports in India and many places worldwide. The game has a modern design with interesting features. The game has a 5×4 layout with 40 lines, which can switch to 27 ways to win during the free spins. In addition, the game is highly volatile, with a relatively low RTP and a max reward of 327x the stake. 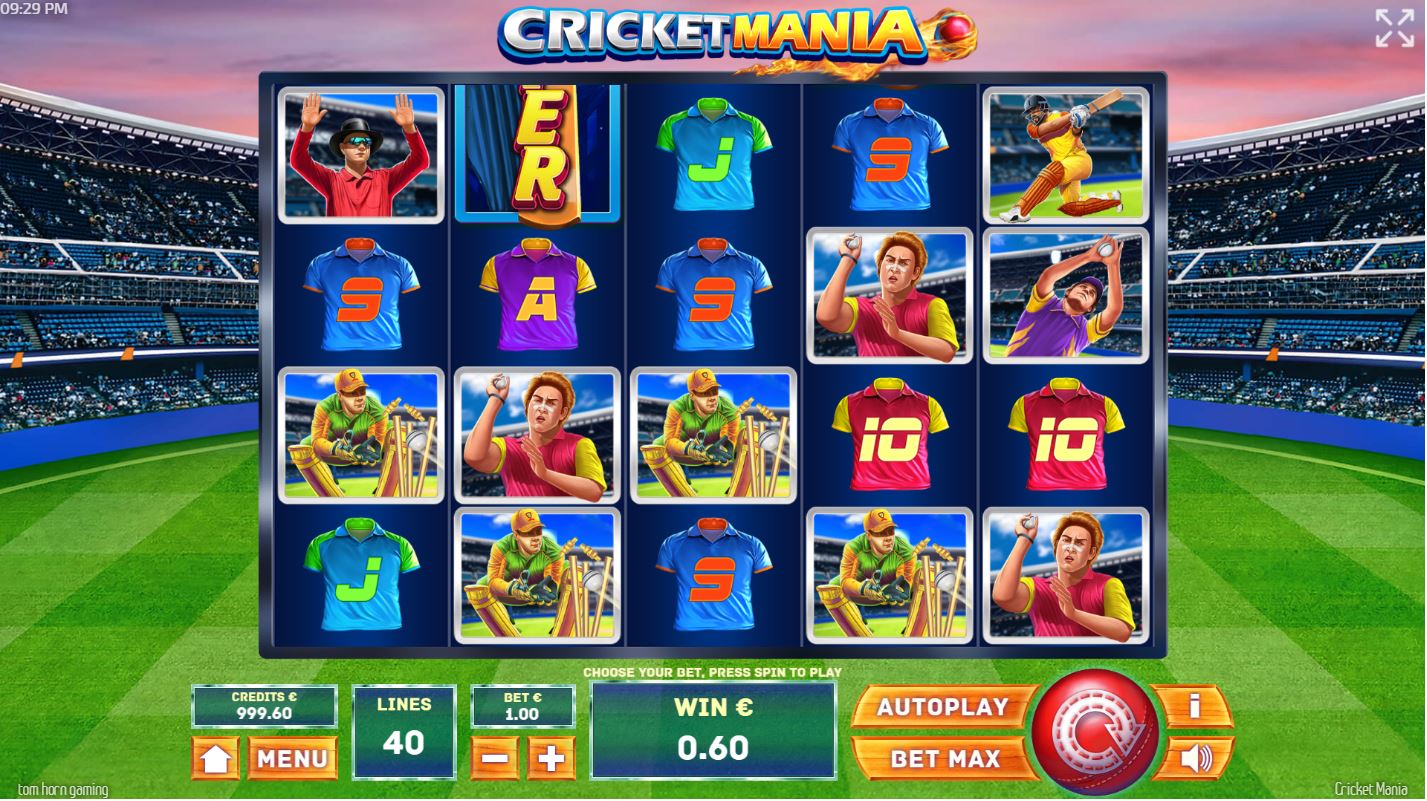 The slot machine is clearly themed around the sport of cricket. While the sport of cricket is not that popular worldwide, but there are some countries where the sport has a huge fan base. For example, it is highly popular in the United Kingdom, India, Pakistan, and South Africa, to name a few. Therefore, the new slot by Tom Horn Gaming comes with Indian Music, where the sport is highly popular. So get ready for a well-designed and a highly rewarding Cricket-themed slot with Cricket Mania.

Cricket Mania has a 5×4 format that hosts 40 lines, which turn into 27 ways to win during the free spins. The game is all about cricket, and this is why the symbols are inspired by the sport. Therefore, they include different cricket players, cricket balls, cricket bats, along with the shirts of the cricket players from different teams.

Cricket Mania by Tom Horn Gaming is a highly rewarding slot, but it has a low RTP. It offers a relatively low RTP that is lower than the average RTP of most slot machines. Its RTP is fixed at 94.84%. You can place bets on the 40 lines of the game with stakes that are between 0.50 and 100.00 credits for each spin. As for the maximum reward that you can claim during the gameplay, it is fixed at 327x the stake. 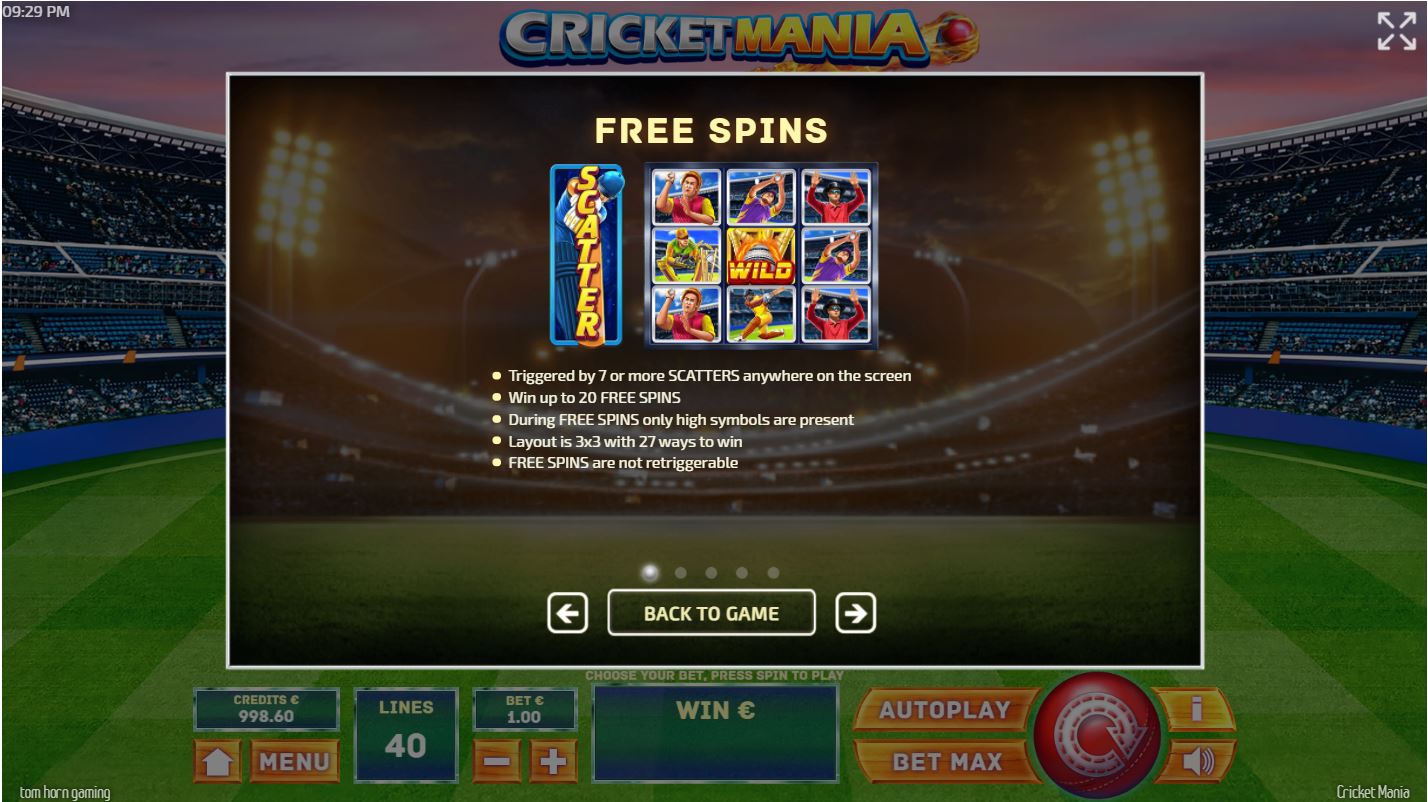 The list of bonuses and features at Cricket Mania might not be that long, but it is that fun and rewarding. First, the slot machine has a Blazing Cricket Ball, which plays the role of the slot's wild icon. It can appear on the 2nd, third and fourth reels only. They can substitute for all the other symbols that will land on the reels, except the other unique symbols. It can also expand to cover the reel if that would help you create a winning combo.

The other unique symbol comes in the form of the blue batsman. The scatter symbol can also appear as an expanding symbol that can cover the entire reel when it lands. It can also launch the Cricket Mania free spins when you get three of them on the reels at the same time. You will earn 20 free spins, and the gameplay matrix will chance to become 3×3 with 27 ways to win. In addition, only high-paying symbols will appear on the reels, but you cannot re-trigger the bonus round.