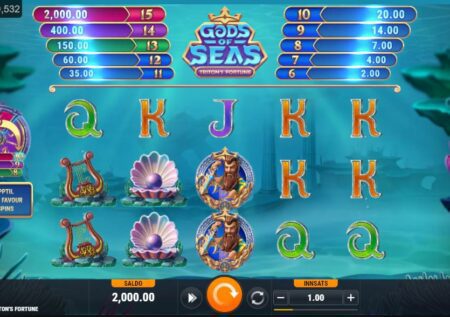 God of Seas is a five-reeled slot that takes you back to Ancient Greece with the god of the depth of the oceans, Triton.

The game offers plenty of features and winning chances. They include the wheel of free spins, wilds, and much more. Read more here.

God of Seas: Triton's Fortune is a Foxium/Microgaming slot machine. It is a five-reeled game with a high RTP with a maximum reward of 2000x the stake. It offers impressive visuals and an immersive ride. You can expect to venture into the depth of the oceans in search of underwater riches and treasures as you spin its reels and trigger its features and bonuses.

The game has an Ancient Greek theme that is inspired by the god of the water. Although, when a slot has that theme, it is usually inspired by Poseidon. Foxium, Microgaming's Partner, has decided to shed light on a far less known deity, Triton. He is the son of Amphitrite and Poseidon, he is the “merman,” which means he is half fish and half-human. He is the Bottom of the Sea godly deity, but the all-powerful Poseidon often overshadows him. On the other hand, back in Ancient Greece, he was still worshipped. Therefore, Microgaming and Foxium have decided to pay their respects to this mythological deity by creating this game. 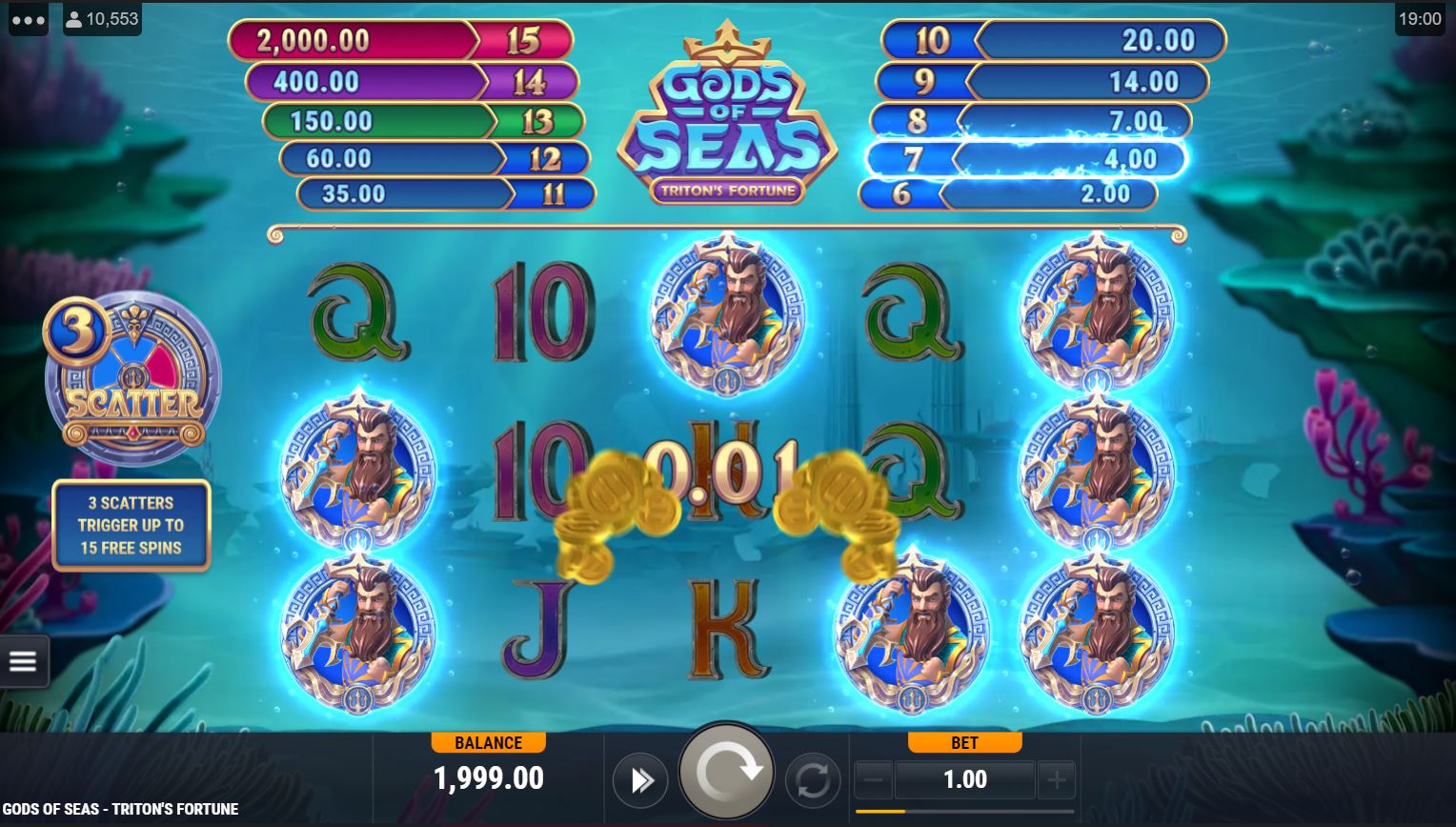 God of Seas has a 5-reeled setup with three rows of symbols. The slot takes place in the ocean's depth, in the kingdom of Triton. You will see water bubbles and coral reefs in the background. As for the symbols, they include Triton himself, a treasure chest, pearls, and the Mermaid.

The new God of Seas slot offers a betting stake that is between 0.2 and 120 for each spin. So, it is the perfect fit for new players as well as high-stakes players. In addition, you can claim a reward that can amount up to 2000x with an RTP of 94.2%. As for the volatility, the game is of medium-high volatility.

God of Seas is packed with bonuses and features that can result in significant payouts. The first of them is the Mermaid Wild, which can appear anywhere on the reels. It will substitute for other symbols on the reels to help create a combo of matching symbols. The wild Mermaid is also the highest paying symbol of the game that can give up to 15x the stake when you match it on the reels.

The slot also comes with a Triton Jackpot Prize. You will need to get six of these Triton scatter icons anywhere on the reels. You will be capable of getting up to 2000x the stake when you get 15 of these scatter icons anywhere on the reels. As for the bonus round, you will need three bonus wheel icons on reels one, three, and five. You will spin the wheel for a number of free spins, which will vary between seven and fifteen. That is not all, as the game also has much more to offer with extra spins and more winning chances.