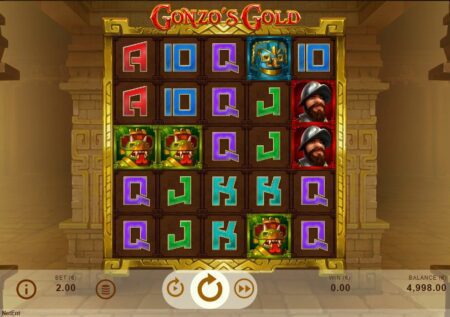 Gonzo’s Gold invites you to join Gonzo once again in this Incan-themed adventure.

The slot has a 5×5 grid with a cluster payout system with a high max reward.

The world-famous Spanish Conquistador by Net Entertainment is back, and it is Gonzo. You will join him once again through this new experience and adventure, Gonzo’s Gold. The game is a five reeled slot with a Cluster Payout system that has only one bonus feature. Although it has one bonus round, it can still be quite rewarding and fun to play. The game’s bonus feature is the free spins round. You can know all about the new game and its features right here, through this detailed review that we have here. 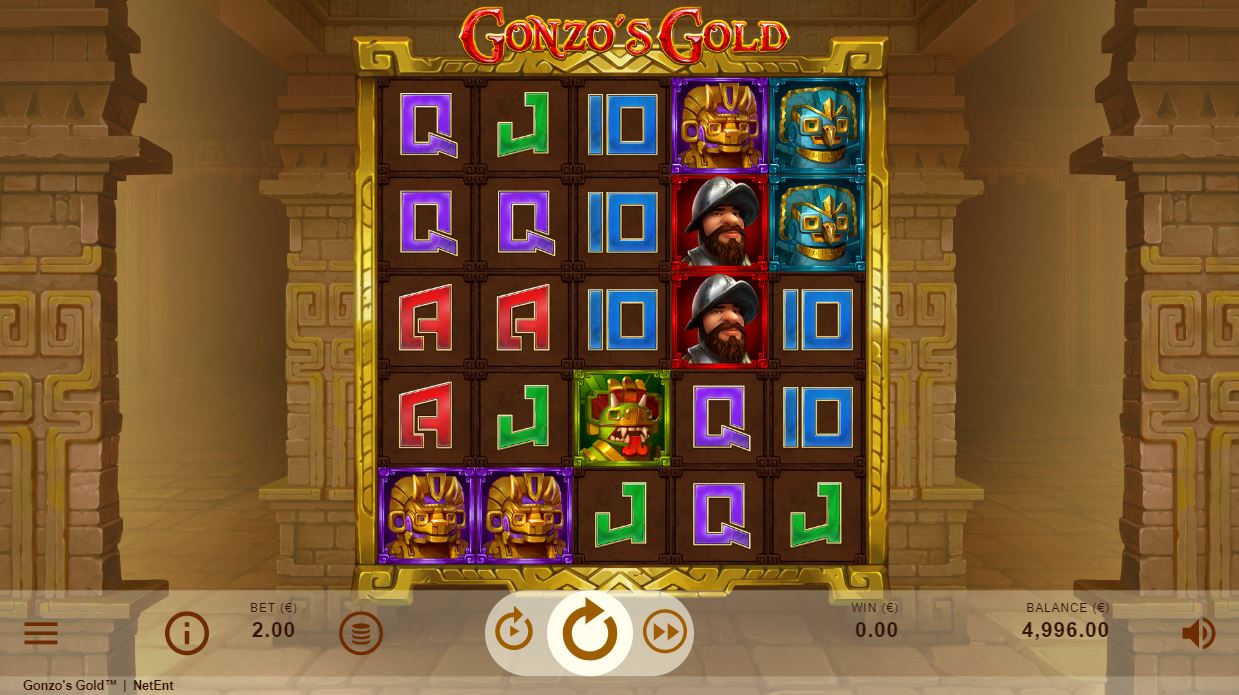 Gonzo’s Gold is all about the famous Spanish Conquistador that Net Entertainment introduced in Gonzo’s Quest back in 2013. You will join the Conquistador on his adventures as he goes through the ancient Incan temples in search of treasure and riches.

Similar to the original game, Gonzo’s Quest, the new game is centered around the Spanish Conquistador, who is none other than Gonzalo Pizarro. The game has an Incan theme, as you will see the reels take place inside of an ancient Incan pyramid. The visuals are super harp, and they represent a great step up from the visuals of the original slot machine. The game has a haunting soundtrack that will play in the background as you spin the reels, which creates a highly immersive experience. The symbols include Gonzo himself, alongside poker card symbols and Incan golden masks and treasures. All symbols appear in the form of square blocks that stack up to form the 5×5 grid of the game. The slot has no paylines, as it offers a cluster payout system.

Gonzo’s Gold does not have any lines, as it has the cluster payout system. So while the design looks pretty similar to the original slot, Gonzo’s Quest, the gameplay is quite different in nature. You will be able to claim plenty of rewards across the 5×5 grid of the game with its cascading reels. You will need to land 3 high-value icons or 4 low-value ones in a cluster to claim a reward. The top payout is paid when you get a cluster of 25 matching symbols. The max win is 6500x the stake, and the game has an RTP of 95.97%. As for the stakes, they vary between 0.10 and 200, with medium volatility. 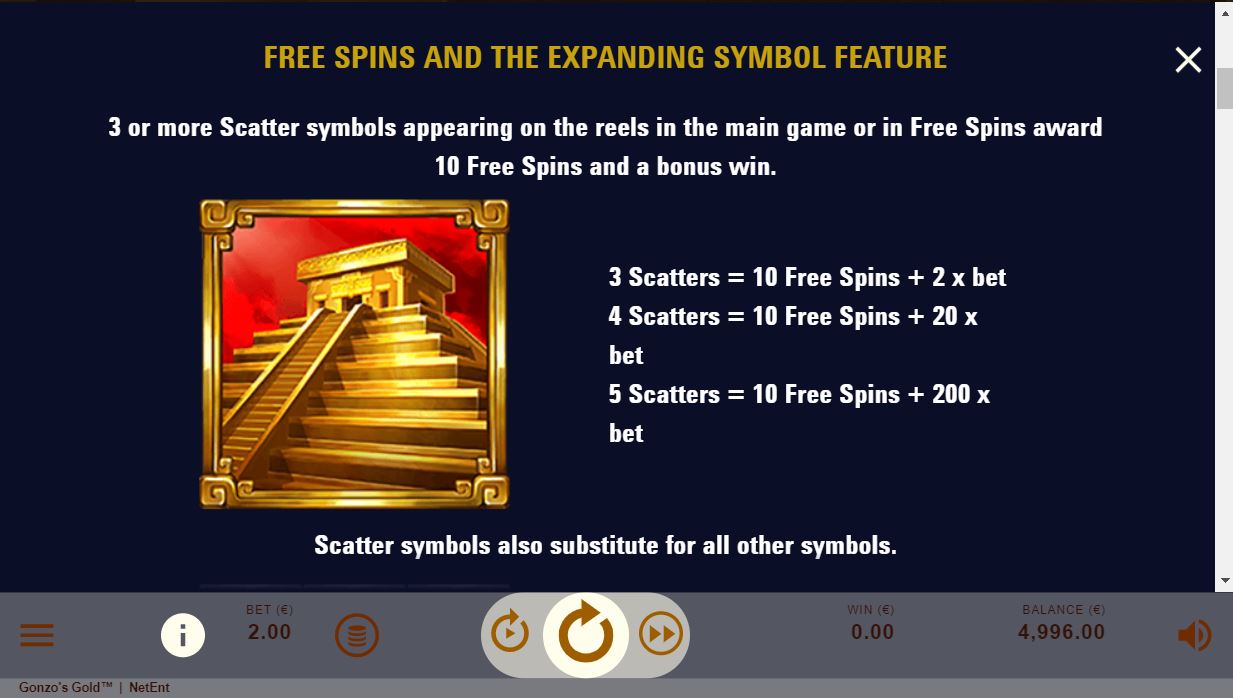 The game has on single bonus feature, which is the free spins round. You will need to get 3 of the scatter symbols on the reels so that you can trigger it, while earning scatter rewards. The scatter symbol is the Inca Pyramid. If you get from 3 to five scatter icons, you will trigger 10 free spins with a reward equal to 2x up to 200x the stake you placed.