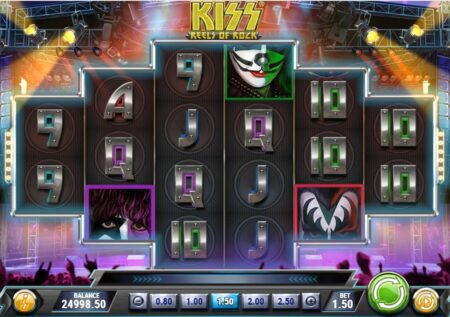 KISS Reels of Rock is a new Play n Go video slot machine that has six reels with a unique format for its reels and 576 ways to win.

It offers the Drive Me Wild Feature, Lock and Load, and Free Spins features.

Play the Game
Pros
Plenty of bonuses with a Rock-theme and a high RTP!
Cons
-

KISS Reels of Rock by Play n Go takes you on a rock-themed experience that is full of rewards and good music. The slot machine offers numerous features, including two random features that can increase your winning chances. The slot also has several free spins. Play n Go offers a highly immersive slot with marvelous visuals and a great soundtrack. 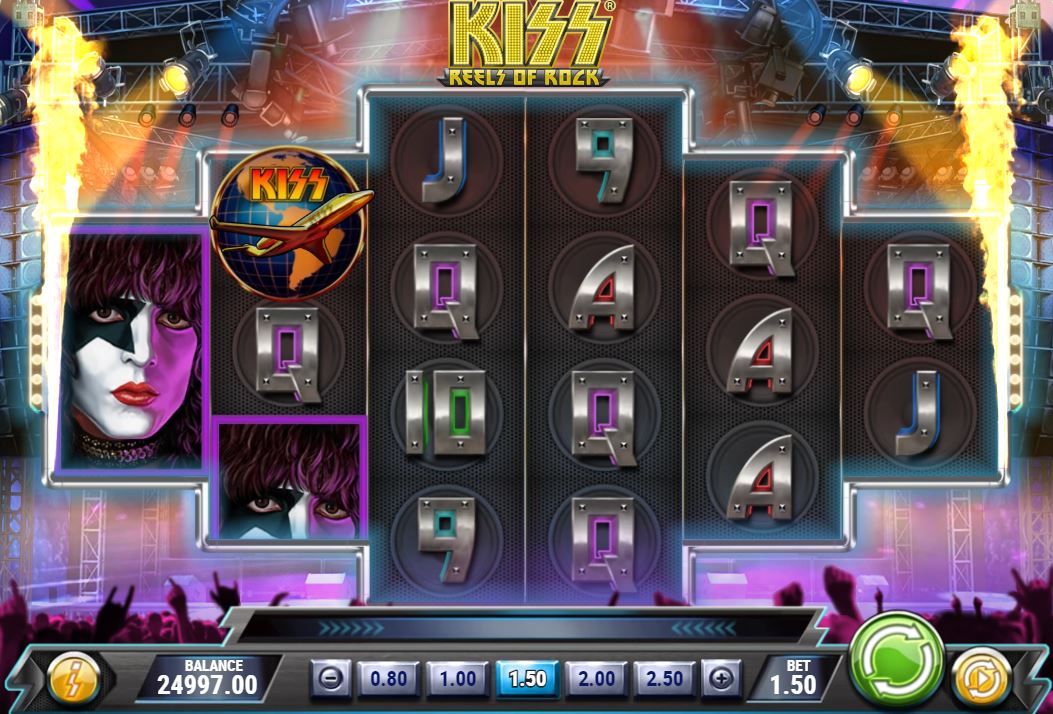 KISS Reels of Rock is obviously themed around the American Rock band that has the same name. It was founded in 1973 by Gene Simmons, Peter Criss, Ace Frehley, and Paul Stanley. They are known for their face paint and stage outfits. KISS became a big name n the mid to late 1970s with their shocking live performance. They included fire breathing, smoking guitars, shooting rockets, pyrotechnics, and blood-spitting. So get ready to join the band members for a rock-themed and action-packed experience.

KISS Reels of Rock has a 6-reeled setup with the 2-3-4-4-3-2 rows setup. The slot’s reels take place on the stage of a rock concert featuring KISS. The symbols on the reels include the members of the band, along with poker card symbols.

KISS Reels of Rock is a 6-reeled slot machine that has a unique grid with 576 ways to win. You will claim a reward upon getting from 3 to 6 matching symbols on the reels, from the leftmost one to the right. The slot is available with stakes that begin at 0.10, with a maximum stake of 100 credits for each spin. There is also an Auto Pay and a Fast Spin mode. KISS Reels of Rock has an RTP of 96.2%. The game is above the industry average of 96%. The game is of high variance and rated 10/10 by Plat n Go. Last but not least, the max win at the game is fixed at 50,000x the stake. 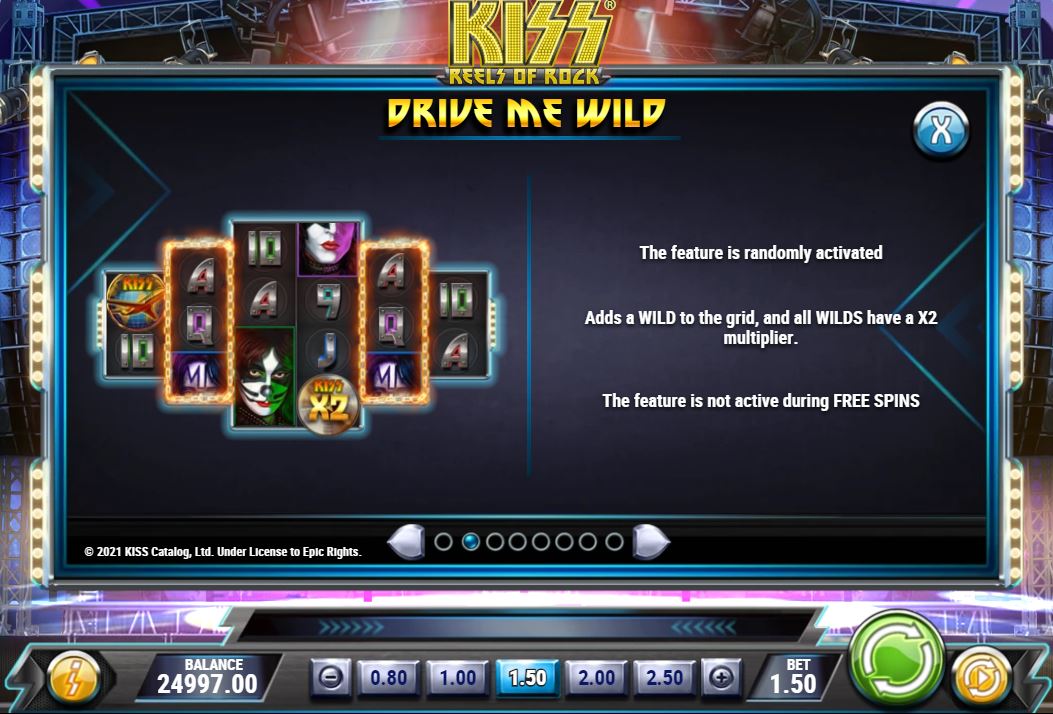 KISS Reels of Rock is a Play n Go slot which means that you can expect to find plenty of features and bonuses to trigger along the gameplay. For starters, there is a wild symbol, which is the Wild Record. It is going to replace any other symbols on the reels to help create a winning combo. It can also give a payout when you match it on the reels.

The Lock and Load bonus feature becomes active at random during the gameplay. When that happens, two reels are going to be in sync and will have the same symbols. These can be reels 1 and 6, 3 and 4, or 2 and 4.

Drive Me Wild also becomes active at random. You will get a guaranteed 2x wild on the 4 middle reels. All other wilds that will appear on the reels during that feature will also have a 2x multiplier with them. You cannot trigger this feature along with the Lock and Load Feature.

You will need to get three scatter airplane symbols anywhere you trigger the free spins. There are 4 types of free spins, which are named of cities from around the world. They are Sydney, London, Rio de Janeiro, Tokyo, and Johannesburg Free spins. They offer different amounts of free spins and Encore Spins.