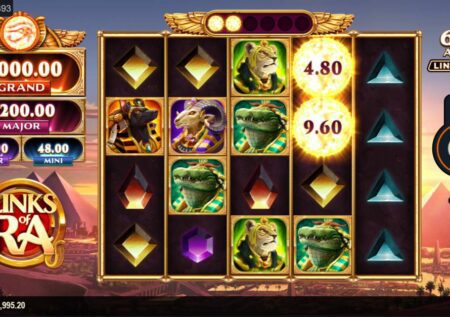 Links of Ra is a 5x5 slot machine with 40 lines with an Egyptian Themed adventure full of features and winning chances.

It has a free spins bonus round, power stacks, and the Link & Win feature that can trigger some great payouts.

Links of Ra by Slingshot Studios is a fun slot machine that made its debut recently, and it is proving to be a huge success amongst players. There are many reasons behind that, including its staple theme, visuals, game engine, and its features, and winning chances. The online slot has a five reeled setup that hosts a total of 40 lines with 5 rows of symbols. In addition, it offers a multitude of features, including free spins, Power Stacks, and the popular Link & Win Feature. 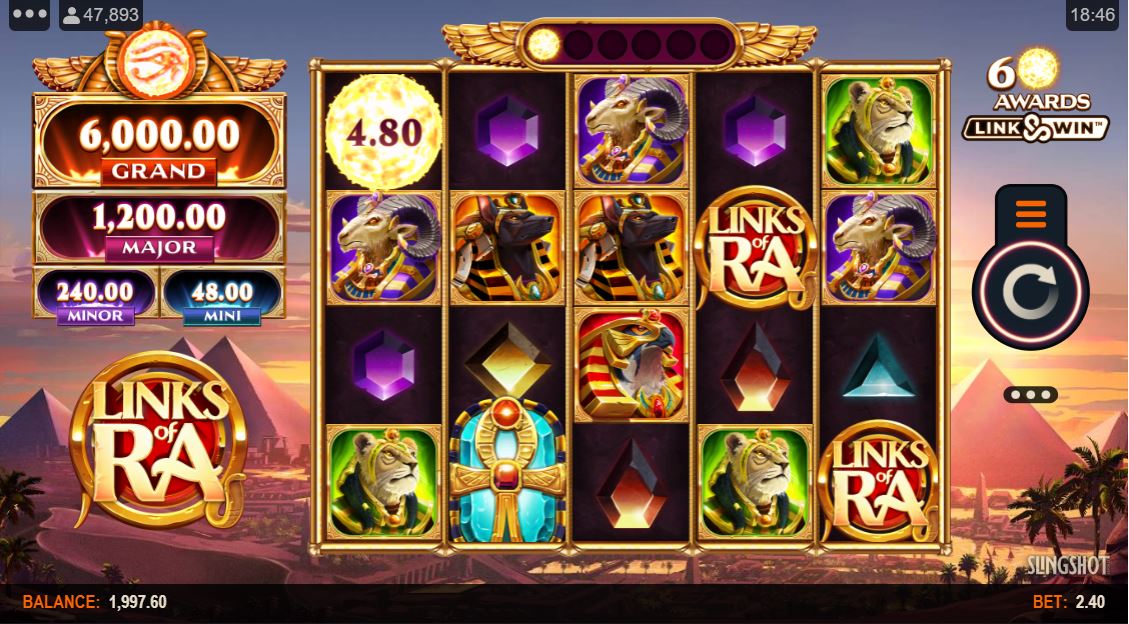 Links of Ra has a 5×5 format with five reels and rows of symbols. These rows and reels host a total of 40 paylines that can pay up tremendous rewards. The game occurs in Ancient Egypt, and this is why you will see the Nile, ancient Egyptian temple, and the Pyramids of Giza in the background. As for the symbols landing on the reels, they include the Lion God, the Crocodile God, and the Ram God, among other Ancient Egyptian deities. Other symbols include crystals and precious gems, as well as the scorching sun symbol.

The action of the slot machines takes place on a 5×5 format with 40 stake lines. You will need to get 3 similar symbols from the left to the rightmost reel. The game has a varied RTP that is between 94.23% and 96.20%. According to Slingshot Studios, the game is highly volatile, with a rating of 8/10. The game has a max reward of 25000x the stake and a stakes range that is between 0.20 and 20 per spin. 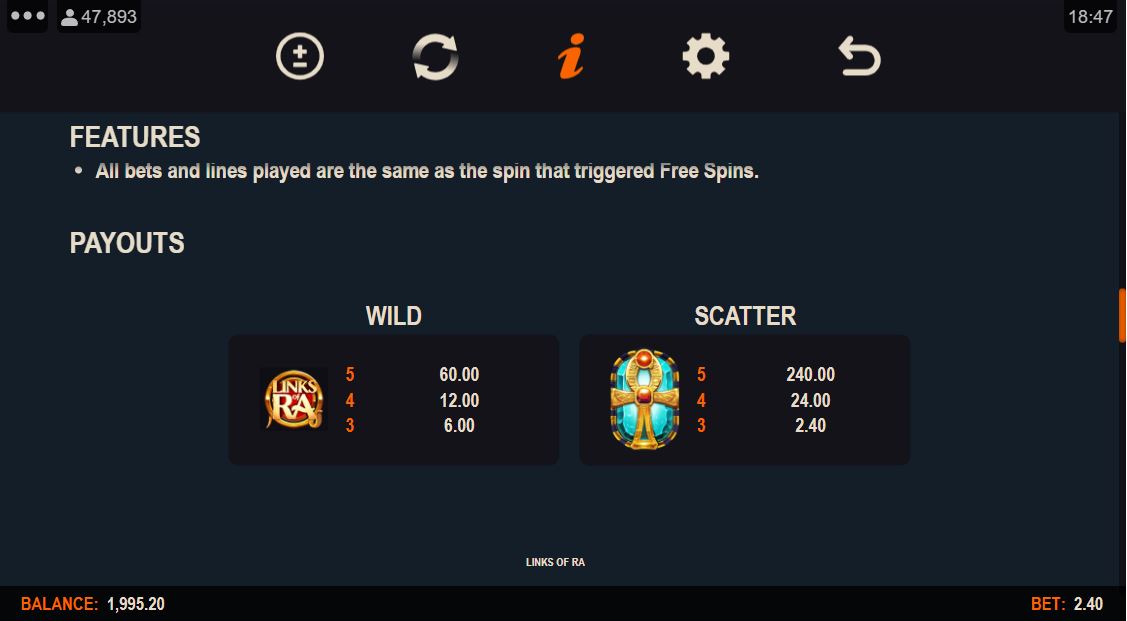 Links of Ra has several extras and features that can make the game pretty rewarding. These features include Power Stacks, Link & Win, and free spins.

During any of the spins, there is a chance symbol that can randomly become a Super Stacked icon. These icons can appear on any of the reels, and they could be anything, with the exception of the wilds and the scatters.

You will activate fifteen free spins if you get three scatter icons during the base game. After that, you will spin the reels the same way as the base game, except that all payouts will come with a 2x multiplier.

If you get six or more of the coin symbols, you will trigger the Link & Win feature. The triggering coin icons will be locked in their place, and you will get three re-spins. Through this feature, you can claim the jackpots, as well as plenty of other payouts.