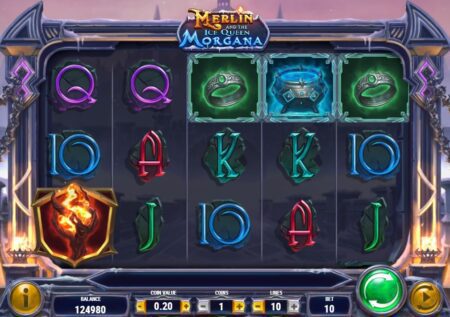 Merlin and The Ice Queen Morgana

Merlin and Ice Queen Morgana by Play n Go is a five-reeled, 10-lined, and a bonus-packed medieval-themed slot.

Play the Game
Pros
Free spins with multipliers and up to 20000x in rewards.
Cons
Another slot with an Arthurian Legend theme.

Merlin and Ice Queen Morgana is a slot with five reels and 10 paylines. The game is based on the Arthurian epic legend. So get ready to join Merlin, the Wizard of this medieval kingdom, as he searches for Moraga, the Ice Queen. The game offers plenty of functions that can make the game quite rewarding. It also has a fun and an immersive gameplay that makes your stay at the game a breeze. The game offers multipliers, a max reward of 20000x, wilds, and free spins. You can know more about the game and all that it has on offer right here at this review. 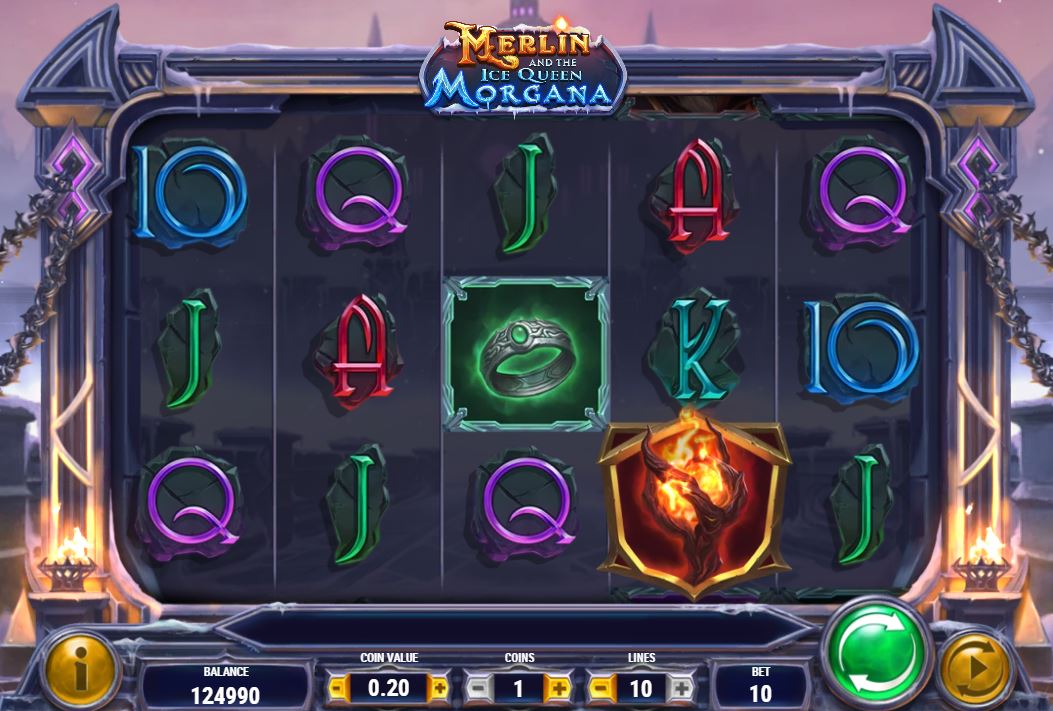 Merlin and Ice Queen Morgana's theme is inspired by the epic Arthurian legend. As you can tell from the slot's name, the main two characters are Merlin, Arthur's Wizard, and Morgana, the Ice Queen. Morgana has fled to Camelot after the coronation of her brother, Arthur. Unfortunately, she is wreaking havoc across Arthur's Medieval kingdom, and it is up to Merlin to stop her. So get ready to join the Wizard in his hunt for the Ice Queen as you claim plenty of rewards and riches along the way.

Merlin and Ice Queen Morgana is a 5×3 format slot with ten stake lines. The reels take place at the entrance bridge of Arthur's castle in his medieval kingdom of Camelot. You will see the main characters appearing as symbols on the reels, including Merlin and Morgana. Other symbols include Morgana's Ring, Merlin's Staff, among other medieval-inspired designs and symbols.

Merlin and Ice Queen Morgana has a 10-lined format that allows for payouts when matching three symbols from the leftmost reel. Some icons allow for payouts upon matching two only. The game has a stakes range that is between 0.10 and 100 credits for each spin of the reels. You will find the betting options underneath the reels. The game has an average RTP of 96%, like most slots out there. It is a medium-high volatility slot, rated 7/10 by Play n Go. When it comes to possible payouts, the game has a 2500x max stake reward through the main gameplay and up to 20000x during the free spins with multipliers. 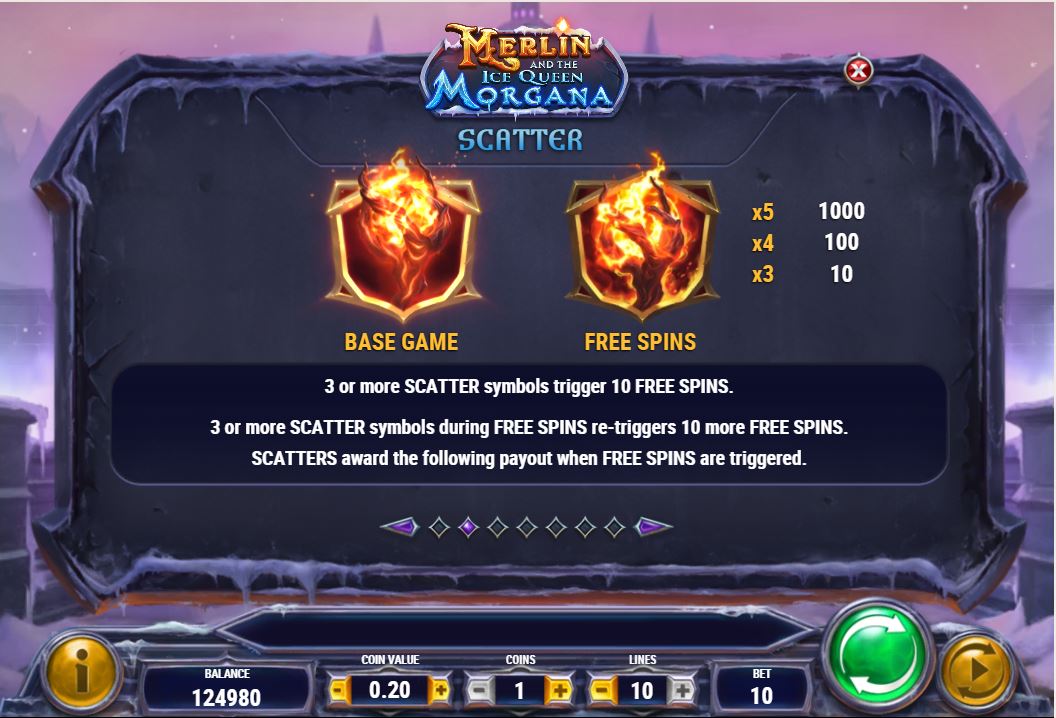 Merlin and Ice Queen Morgana has two bonus features that can make the gameplay quite rewarding. There is the Free Spins and the Morgana Multipliers.

Morgana is the slot's wild symbol, which will replace other symbols. If Morgana Wild appears fully stacked on one of the reels, you will trigger the Morgana Multiplier feature. The feature will activate a random multiplier that varies between 2x and 8x. The feature can become active during both the main gameplay and the free spins.

To enter the free spins game, you will need three of the Merlin Staff symbols on the reels. You will activate 10 spins, and the Scatter staff can also trigger a reward that can amount to up to 100x the stake. A random symbol will become a special expanding symbol during the free spins. If it is a high-paying symbol, 2 of these symbols will land on the reels, and if it is a royal symbol, 3 of them will appear.