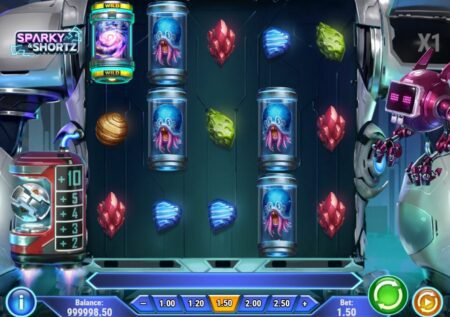 Sparky and Shortz by Play n Go is a 5x3 slot with a unique theme that is all about aliens and robots with beautiful animation.

The new slot has numerous features and bonuses, including wilds, multipliers, free spins, and an overall rewarding gameplay.

Play n Go is offering a great unique story and an exhilarating ride through one of its new slot machines, Sparky and Shortz. The game has a five reeled format with ten lines, plenty of features, including wilds, multipliers, and free spins. There is also a max jackpot of 10000x the stake. Learn more about this highly volatile slot here through this detailed review.

Sparky and Shortz has a futuristic theme, which takes place on a planet far, far away, called Alpha Labori. It is a planet with some interesting landscape, which looks like the planet from Avatar. There is a prison for aliens from all over the galaxy on that planet. You will join Sparky and Shortz, the two robots that are guarding the prison. Therefore, you will see plenty of aliens in their cages on the reels of the game. 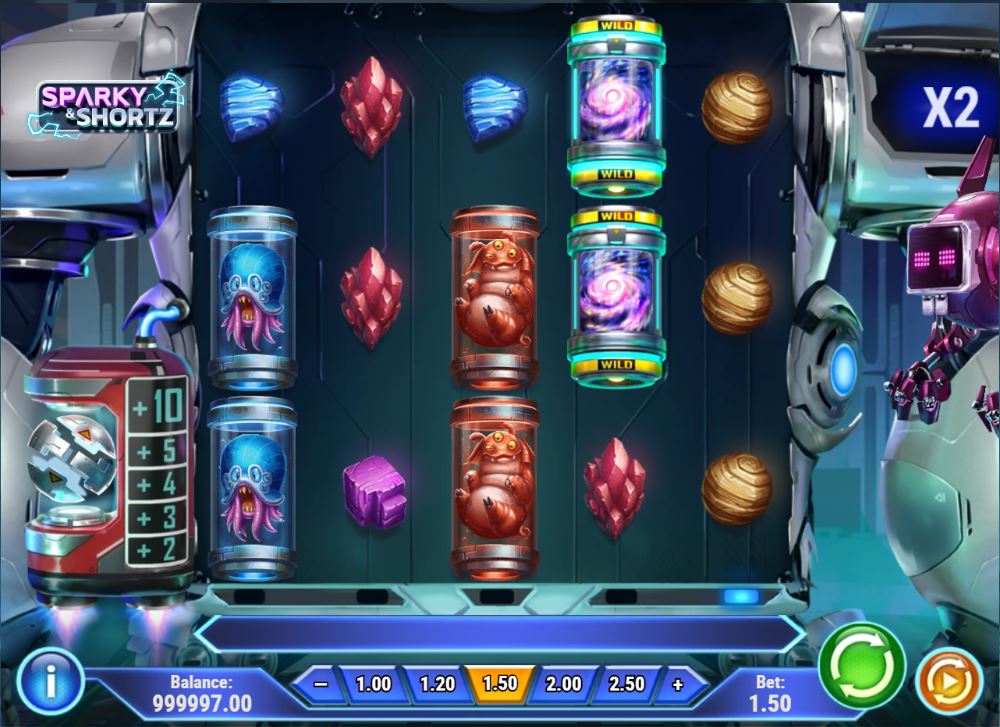 Sparky and Shortz has a five-reeled step with ten stake lines across a 5×3 gaming grid. You will create winning combos the traditional way by matching three symbols on the same line. However, the winning symbols have to start on reel one and move to the left. The reels seem to be fashioned into some kind of contraption that holds the different aliens that the robots are holding. These robots are none other than Sparky and Shortz, the namesake of the slot machine. The game will take you to the Alpha Labori planet, where it seems that you will join these two robots as they do their job in this high-tech prison. You will also see a glimpse of the Alpha Labori’s sky far in the distance, with the sky changing its color into a lighter one during the game’s bonus round. The visuals and graphics, as well as the animation style, are impressive and help bring Alpha Labori to life.

Sparky and Shortz’s five reels and 10 lines are playable with stakes that vary between 0.10 and 100 credits for each spin. That means that the game is a fit for both high-stake players and new ones. Additionally, the game is highly volatile, with a max stake of 10000x the stake and an RTP of 96.28%.

Sparky and Shortz is a highly rewarding slot, which offers plenty of bonuses and features that you can take advantage of as you enjoy the gameplay. These features include the wilds, which can land on all of the reels. Their appearance almost always means good news. They can replace other symbols and combine them with other symbols to help you create a winning combo. But, that is not all, as the wild itself can give line payouts if you match it on the reels, up to 20x. 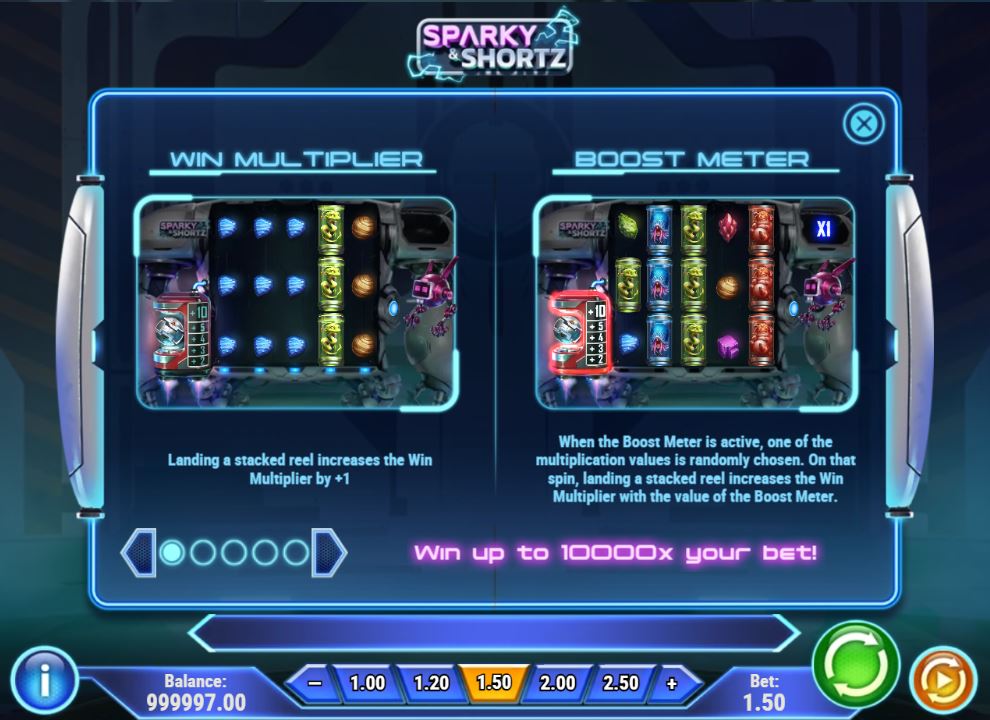 That is not all, as another exciting feature is the multiplier. You can get multipliers on wins where you can get a stacked symbol to fall and cover the entire reel. The multiplier varies anywhere between 2x and 10x. You can obtain the higher values of the multipliers at random through the Boost Meter. Last but not least, there are the scatter symbols that come in the form of power cells. They will only appear on reels 1, three, and 5. You will trigger the free spins bonus when you get three of them. They begin with ten spins with the ability to claim five more at a time, with a maximum of 100 spins.