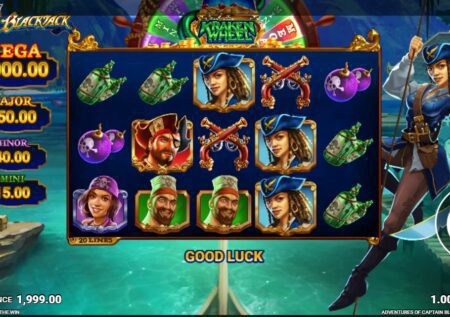 Adventures of Captain Blackjack by Just for the Win is a brand new game with a pirate theme as you join Blackjack in a fun adventure.

The features that JTFW and Blackjack include Free Spins and the high-paying Kraken Wheel feature. Learn more about the slot machine here.

Adventures of Captain Blackjack is a Just For The Win (JFTW) slot machine that takes you on an exciting pirate-themed adventure. You will join a bunch of treasure-seeking pirates after following a bunch of wild western criminals in JFTW’s recent game, Bandit and the Baron. The game is full of surprises, features, and winning chances. So get ready to go from gunslingers to ruthless swashbuckling pirates. Finally, you will join one of the most popular and well-known pirates, Blackjack. Blackjack certainly has some surprises up his sleeves for all of the players. So get ready to join Blackjack and his band of pirates as you go on a treasure hunt. If you wish to learn more about the game and all that Blackjack has to offer before trying the game for real cash, you can do that here through this detailed review. 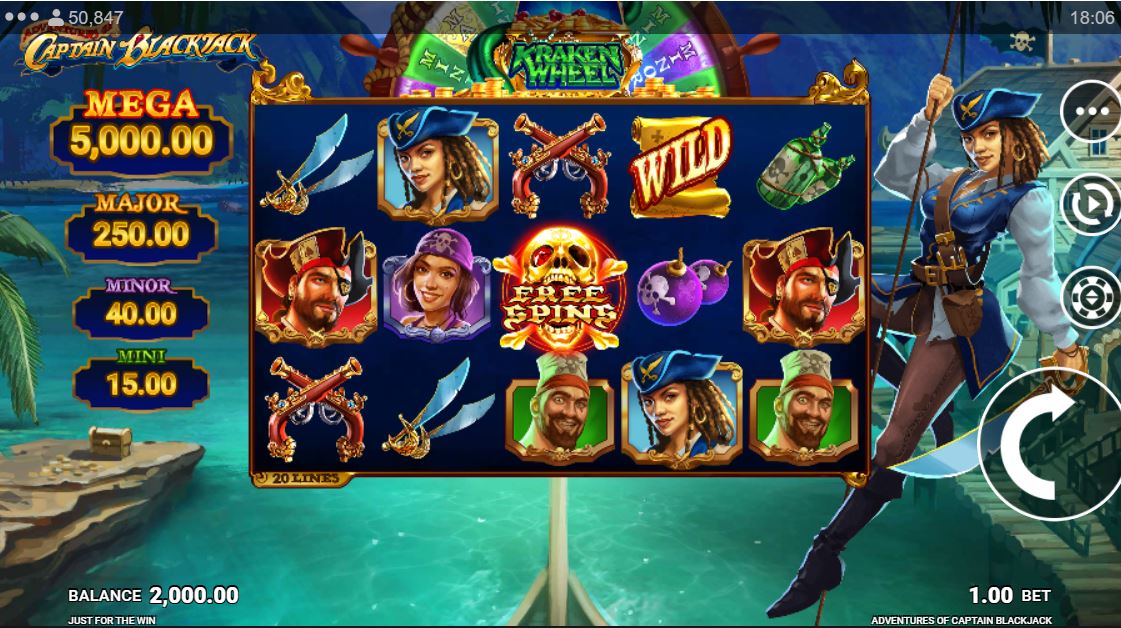 Adventures of Captain Blackjack offers a pirate-themed adventure. You will join the crew at the pirate bay. You will then travel with Captain Blackjack and his crew as you search for rewards, treasures, and riches. The game has an action-packed theme, with rum and bombs appearing on the reels of the slot. So get ready for a pirate adventure as you join a ragtag crew of pirates led by none other than Captain Blackjack.

Adventures of Captain Blackjack has a five reeled video slot machine that offers a total of 20 stake lines. The slot machine takes place in the pirate bay, where all the ruthless pirates from around the world meet and plan their next treasure-hunting adventure. You will see the ruthless female pirate hanging on the right side of the reels in her pirate outfit, with the reels with the golden outline in the middle of the screen. On top of the game's reels, you will see the Kraken Wheel and the jackpot amounts on the left side of the reels.

The icons that would appear on the reels include the beautiful female pirate, Blackjack, and the rest of the ragtag crew of the pirate ship that you will join in this adventure. They also include bombs, bottles of rum, the golden Skull and Crossbones symbol, pistols, and much more. They all come in crisp visuals and an immersive visual style.

You can place bets that can amount to up to 50 credits per spin and as low as 0.20 to activate the paylines. Therefore, it fits low-stakes players as well as high-rollers. The game can deliver payouts that amount up to 250000 credits per spin which is equal to 5000x the stake. In order to trigger that reward, you will have to activate the Mega Jackpot, which is the top prize of this slot machine. When it comes to the RTP, the slot offers an RTP of 96.18%, which is above the industry average. On the other hand, the slot has a variable RTP, which is equal to 92.06% and 94.18%. 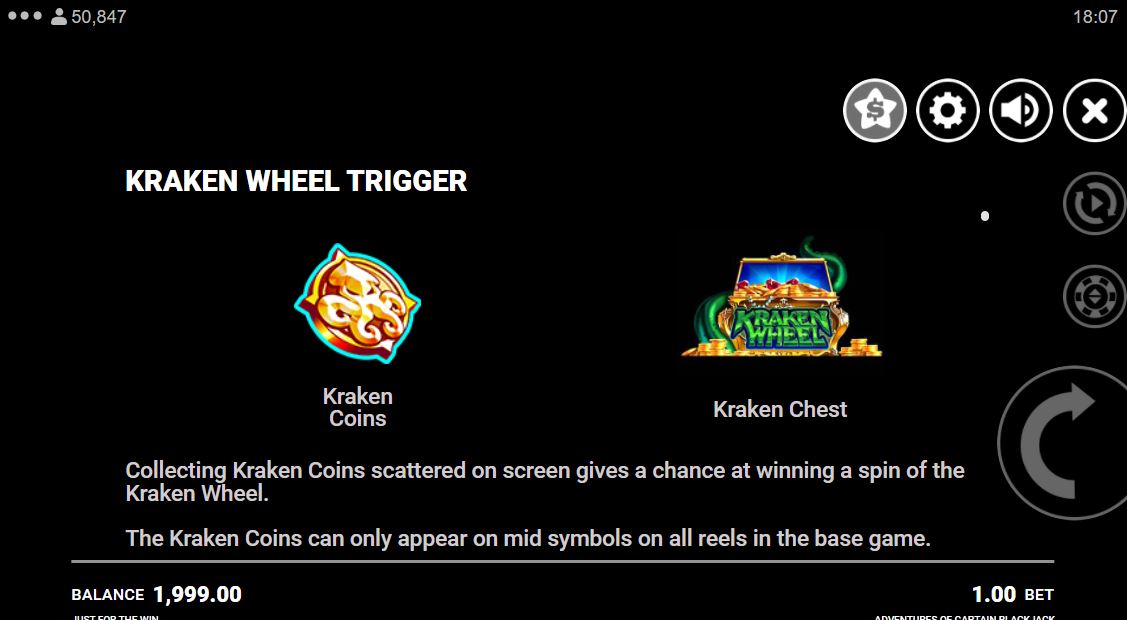 Adventures of Captain Blackjack slot offers two main features that can induce some great rewards; they are the Kraken Wheel and the Free Spins.

Whenever you get the Kraken Coins on the reels, there will be a chance to trigger the feature and earn a spin on the rewarding Kaken Wheel. When you spin the wheel, you are guaranteed a chance to win one of the four jackpot prizes, which are the Mega, Major, Minor, and Mini. The smallest one triggers a reward of 15x, and the biggest one triggers 5000x the stake. You can only trigger the feature through the base game, and it is unavailable during the free spins round.

The Skull and Crossbones symbol, which represents pirates since the dawn of time, is the scatter icon. If you manage to get three of them, you will trigger six free spins. That is not all, as three, four, or five o the scatter icons can trigger up to 5 bonus feature picks. The picks take place on a screen that has nine closed chests that can trigger extra spins, multiplier, or the upgrade of a mid or a low symbol into wild and a mid symbol, respectively. That is not all, as the free spins start with a 1x multiplier, and landing more scatter icons would trigger more feature picks.