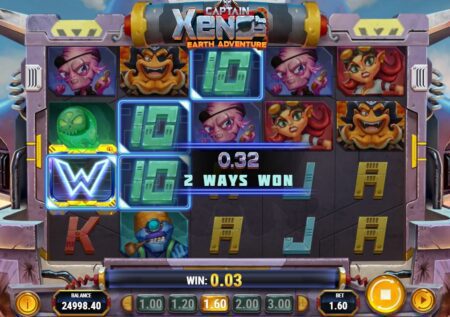 Captain Xeno's Earth Adventure is a five-reeled slot by Play n Go that has 1024 ways and a space pirate adventure.

The slot machine offers Splitting Symbols that can increase the gameplay to 32678 ways to win as well as free spins.

Captain Xeno's Earth Adventure is a Play n Go video slot machine that allows you to join a group of space pirates for a one-of-a-kind experience that is full of rewards and winning chances. It has five reels, 1024 ways to win, which can increase during the gameplay with the help of the Splitting Symbols feature. In addition, there are added wilds, free spins, and scatters. So, get ready to join Captain Xeno's and his band of space pirates that are roaming the galaxies and making their way to Earth to claim its riches and rewards. The game is playable across plenty of devices and operating systems, including iPhones, androids, laptops, and Windows. 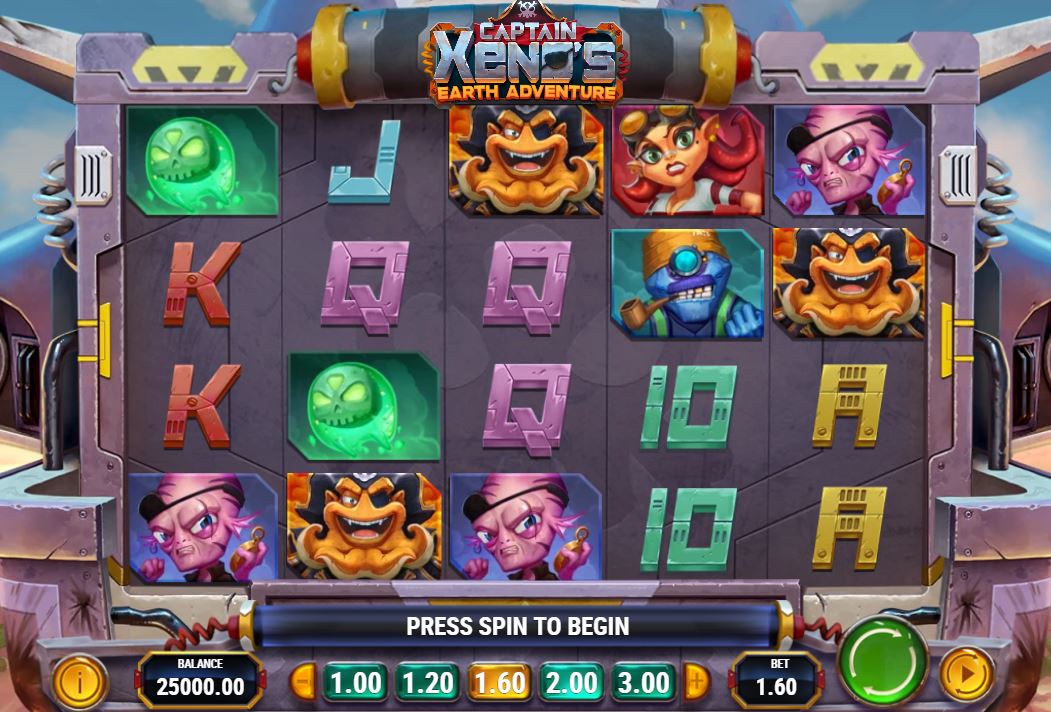 Captain Xeno's Earth Adventure has an alien theme, in which you will join Xeno and the crew. The space pirates have landed on Earth as their Floating Queen broke down. They escaped the Galactic Space Patrol, and they are seeking your help to fix the ship and escape Earth and go on to their next adventure and conquest.

The new Play n Go slot has an alien theme that it offers in cartoon-styled visuals. The reels appear on the back of the alien spaceship. The symbols include As to 10s and the characters you will join on the crew. They include Boom, Drox, Atom, Filia, and Captain Xeno.

Captain Xeno's Earth Adventure is playable on a 5×3 setup that hosts a total of 1024 high-paying ways to win. You will need to get at least three matching symbols, up to 5, from the left reel to the right. You will then get a payout depending on the symbol you matched, how many, and according to the payouts table of the slot machine. The game also has the Splitting Symbols features, which can increase your winning chances of reaching 32678 ways to win.

You can enjoy spinning the slot's reels of the slot with stakes starting at 0.20 and capping at 100 per spin. You can control the stakes through the five-stake levels. Simply click on the + and – symbols to toggle through the available stakes. The game also has an Autoplay option as well as the Turbo Mode that allows for faster gameplay.

Captain Xeno's Earth Adventure has an RTP of 96.2%, which is higher than most slot machines that have an RTP of 96%. Since it is a Play n Go slot, you can expect high volatility, and it is rated 10/10 by the developer, so you can expect big payouts, but very rarely. Speaking of huge payouts, the game's maximum payout is 10000x the stake. The key to that payout is the splitting symbols that increase the ways to win to over 30 thousand. You can know more about the payout and features at the payouts table. 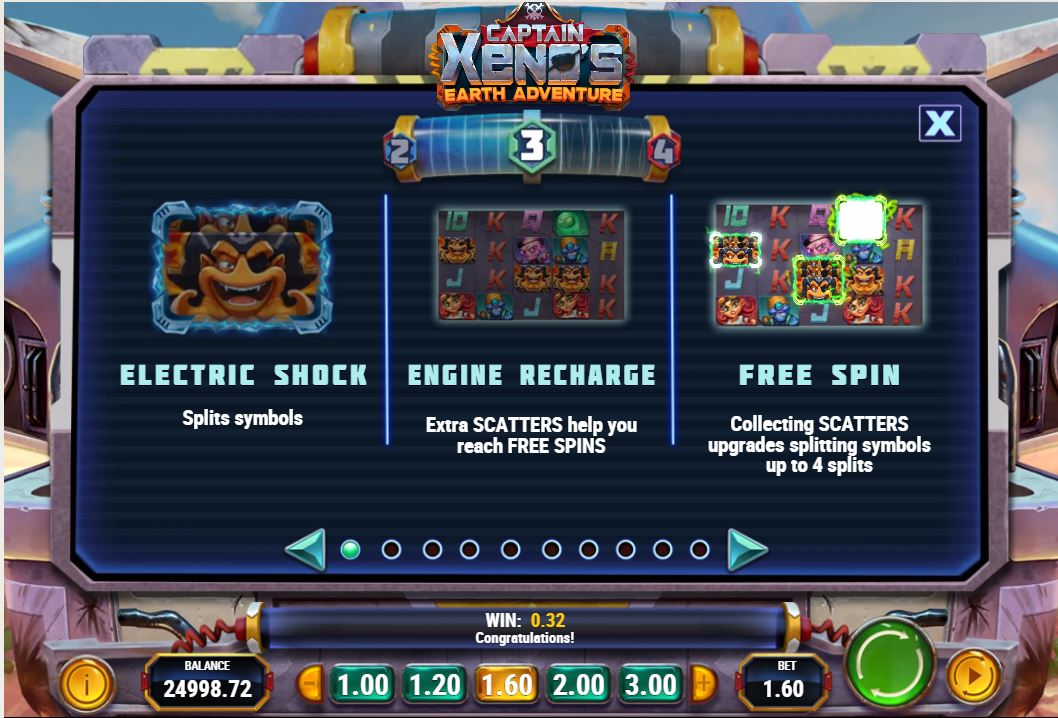 Captain Xeno's Earth Adventure is a bonus-packed slot machine that hosts four bonus rounds. In addition, there are three random features that can become active during the gameplay, which include extra wilds, splitting symbols, and scatters. The fourth feature is the free spins round, which is one of the main attractions of the Play n Go title.

At random, between one and five wild symbols can appear on the reels during the base gameplay, which guarantees a winning combo.

Yet another randomly activated feature where two scatter icons will appear on the reels, which will increase your probability of triggering the free spins bonus.