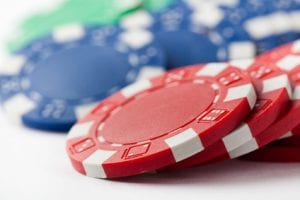 Playing at a Caesars property located somewhere in the Southeast of the United States, I discovered quite a few troubling patterns.  Just to preface this, patterns are my thing, I see them before others do typically and in some cases am the only one to see them.  So when luck is on a “hot streak” or you can't seem to win a single hand at the Blackjack table, I can probably tell you why.

That being said, I can tell you that if I hadn't had such an extended stay, it would have been easy to miss the patterns and just chalk the gameplay up to bad luck or just the nature of luck for that matter.  I'm not even sure I'm upset about it, but it does seem to be slightly bordering on unfair.

So let's get started with how I knew exactly when to hit hard 17s, have been called the luckiest player ever seen, and not even card count.

Disclaimer: The following is all my opinion.  I'm sure this publication, nor anyone else agrees with me.  Take any “advice” or strategies for casino play with a grain of salt because when it is boiled down; the casino wins, the casino always wins.

Hitting a Hard 17 at Caesars

I guess I noticed this pattern when I learned six things.  The first thing was revealed to me by a Blackjack dealer who told the table (all spots were occupied) that the card shufflers are so impressive that they can sort all six decks back to their original order.  Fascinating information right?  If you take it a step further as I did, I wondered if the card sorter could put every hand in order.  I also pondered about how would it know how many players are at the table, and would that order get out of whack with enough people leaving the table or extra hands being played.  I went through about one-hundred other questions in my head and 600 hands to figure outcomes until I was ready to test my theory. The outcome of this information was me knowing when to hit on Hard 17s so much that people thought I was counting cards and me being called the luckiest player ever seen by more than three dealers.

What I learned: There are losing shoes and winning shoes by design.

The second thing that I learned that led me to my testing was how the slot machines at this Caesars responded. Each day that I went to the casino, I would play at different slots.  I tried different dollar amounts, different spin speeds, different bet amounts until I discovered how to get the slot games to respond with high wins.  So what I learned is the magic combo of $400, max bet and rapid spins.  There are six machines that I could walk up to each day, access bonus games and triple the $400 bet.  The magic number being $400, I would have to cash out the ticket and then put in $400 cash into the slots and start it again.  The rounds of the slots could only be done once per day, but it was such a solid pattern that I could actually start predicting when the bonuses would appear. $400 for some reason just made the games much more predictable as it went up and down with large wins the long periods of no wins.  At $500 the slot code was pretty bold and unforgiving and as so when it was $100-$300.

What I learned: Wins at Slots are not Random but are based on payout requirements and based on the popularity of the slot and amount of cash played. If you want to do a simple test, play with your Rewards card in the system and play with $50-$100.  Most likely you'll hit a few bigger wins but the code will get you down to about .60.  Then, remove your card and play with the same amount.  You should find that you get back what the previous player lost (you). 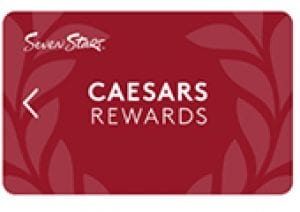 Playing at Caesars as a VIP member can be a bit annoying at times when the VIP host comes and greets you as soon as you put your card in at a table or a machine.  Yes, they are notified when you use that card anywhere on the gaming floor.  Your gameplay is tracked also, so it is not a stretch to think that outcomes can be manipulated based on the card.  One thing about Caesars is that they are persistent in sending “free play” rewards in the snail mail and in the Caesars Rewards App.  Free play is in quotes because those coupons are based on how much you've spent with the casino.  They are basically a 10% refund of your total play at the individual casino, so essentially you have paid for that persistent marketing.  Can you use the coupons to recover some of your losses?  Oh, most definitely and this is why.  58 out of 60 coupons for free play resulted in doubling the money amount on the coupon.  In some cases that amount was tripled.  I'm sorry to break this illusion, but no one, not even me is THAT lucky.  If I had to guess, I would say that the coupons activate the code that makes winning easier up to or slightly beyond the amount on the coupon.  Why?  To keep you playing.  Also in 58/60 times, continuing to play results in a trigger where there are no winning hands.  Keep in mind, this is only at machines that this happens.  Table games work on a different system.  Lesson learned with this one is, only play to double or triple the amount, cash it out and play with cash and without a card from then on for that day.  It also seems to activate a trigger where no other machines will payout after that initial recoup of losses from the rewards coupon.

You'll also find some people that won't play with their cards.  Sounds crazy, looks crazy, appears to be totally paranoid, however, it is a real thing.  When playing with my card on over 300 tests vs 300 tests of not playing with the card, I won jackpots and came out massively ahead when not using the card.  In fact, in one instance, I was playing electronic Texas Hold'em with the card in.  Lost every hand and had $50 left.  Took out the card and then proceeded to hit Quads twice in a row and a full house.  Please also keep in mind, your wagers do affect the outcomes of hands and especially so when playing with other players.  In other words, you can trick most games at the casino by playing your amounts vs lower or higher bets and expecting a 40% return.

Talk to your fellow casino players on these days and find out if it's really a thing.  There are two Caesars casinos in close proximity to one another in the Southeast United States.  They are on opposite cycles so at the first one Friday, Saturday, Sunday and early Monday morning are winning days for table games.  Tuesday-Thursday are days where the casino basically recoups any money they will need to pay people on the weekends.  The opposite days are at the other casino.  Now, this is probably all based on the number of people playing on those days, but it doesn't change that this is a repeatable pattern. Went again on a Wednesday and not a single winning hand at Mississippi Stud.  Is what myself and other players at the casino seeing actually happening or is that just how it works?  Not a single winning hand at electronic Texas Hold'em.  This might make sense with the electronic games seeing as there were not that many people there and not as much money was flowing through the casino, but at the tables too?  This is far easier to see when it is a smaller casino by the way.  The small ups and downs that happen at larger casinos make patterns more difficult to determine simply because of the number of games available.  But when you are playing at a casino that has maybe 300 slots and electronic games, the patterns become more clear.  Also, the frequency of attendance to the casino increases the visibility of the patterns.

There are clear winning positions at tables on Saturdays (at this particular casino) where players will hit side bonuses at Blackjack.  There are also winning positions for Blackjacks.  Just as a hint, the tables where the most wins happen are those that are centralized and in earshot of any other tables in the entire casino.  Why? Even if you are losing at a table if you hear someone winning it gives you hope.

Why do I bet max when I first sit at a table using my rewards card?  Why do I bet higher when sitting at a populated table of 3 or more at Blackjack when there is a new shoe?  Because time after time, this is when I have hit the biggest paying hands.  If I play the one hand and walk away from the table I tend to end the day up.  Continuing to play often just leads to lower chip stacks or just breaking even.  Interestingly enough though, on occasion, you'll get a dealer Blackjack on the first hand.  If this happens, typically what I have seen is that there will be more dealer Blackjacks near the middle of the shoe and almost always two to three at the end of that shoe.

Why would a casino need to manufacture wins in any way?  Why would they need to change dealers more than three times when players are winning too much? Are these all just part of Gambler's Fallacies?  Again, these are all just opinions based on personal observations.  They have worked in my favor, but getting to that point did take a lot of reserves and if you have reservations about any of the information, then the best thing to do is play with what you can afford.  Hopefully, you can skip some of the losing tables and machines and find those that I have mentioned on the days I have mentioned.  At the very least, I am hoping that many of you take this away from my experience and that is Luck can definitely be manufactured.