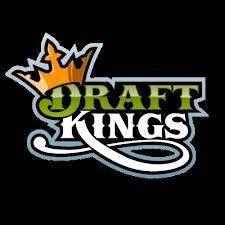 One of the biggest names in fantasy sports, DraftKings, is finally making an official debut within the United Kingdom as a long-awaited plan comes to fruition. In August of 2015, the company was given its license by gambling regulators in the U.K. to begin operations. However, there was a slight delay in getting started by the projected date in the end of 2015 due to finishing touches on the site’s software.

Unlike in the United States, DraftKings will have to compete with a U.K. market in which gambling is quite prevalent. However, the company hopes to change people’s minds in how they invest their time and money into an exciting experience. The website’s content is based on competitions between players who deposit funds and create fantasy teams of various athletes from a certain sports. When each athlete performs in real-life sporting events, players are awarded “fantasy points” based on certain factors of the game.

DraftKings has a goal of attracting at least 100,000 new players during the year of 2016. Jeff Haas, who is one of the company’s executives based in London, states that they plan on doing so by demonstrating to players how the new fantasy sports concept is drastically different than traditional betting on sports. Unlike other betting scenarios, the fantasy sports structure has much more to do with skill because players must understand trends in athletes’ scoring and overall production in a match. Additionally, this system comes with a unique social aspect as family and friends can create leagues and play against each other for prizes.

Another obstacle that may be facing DraftKings in its U.K. gamble is the product itself in its current state. The program is only available as a smartphone application at the present time, and players are not yet able to complete transactions directly through a debit card or credit card. However, according to Jeff Haas the company plans to unveil a full version of the website within the next month or so and players can always use a bank card through the services provided by PayPal.

Focusing on its new market, DraftKings has effectively put major emphasis on UEFA Champions League and the English Premier League as the biggest draw for players to start leagues and play. In addition to this, every player in the U.K. can also have access to competitions and tournaments that involves sports from the United States like the NFL and NBA. The company has followed through on this strategy by partnering with clubs like Liverpool, Watford, and Arsenal. A secondary website called DraftKingsFC.com will also be launched soon.

It seems as though DraftKings may have started a trend of breaking into the United Kingdom market with fantasy sports offerings. Its main rival, FanDuel, has now also applied for a license to operating in the U.K. back in November of 2015 and the license is still in the pending stage. In addition, the other fantasy sports powerhouse Yahoo is partnering with a company that has already been established in the U.K. called Mondogoal. However, by getting its foot in the door first, DraftKings might very well prove to be the sole victor as the popular gambling market in the U.K. presents a tough challenge for all parties involved.