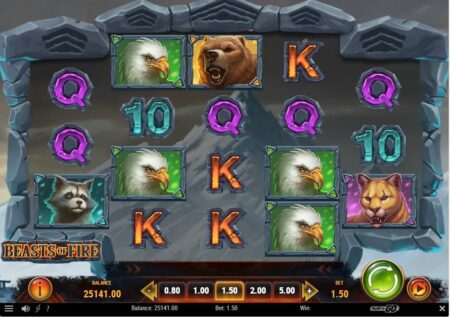 Beasts of Fire by Play n Go is a five-reeled video slot machine that has 576 ways to win, 25000x the stake, and much more.

In terms of bonuses, the game has a highly rewarding free spins, which is the main attraction of the slot.

Beasts of Fire is a buffalo-themed slot machine by Play n Go. It has five reels and 576 ways to win. It has high rewards, with meteor symbols, re-spins, and up to 12348 ways to win. The slot also has a rewarding free spins bonus and a max reward of 25000x the stake. Beasts of Fire slot has outstanding visuals and animations that help create an immersive ride. The game is highly optimized by Play n Go to work perfectly on different-sized screens and operating systems. Therefore, you can enjoy the game on your Android, iPhone, or laptop. You can know more about the slot here through this detailed review. 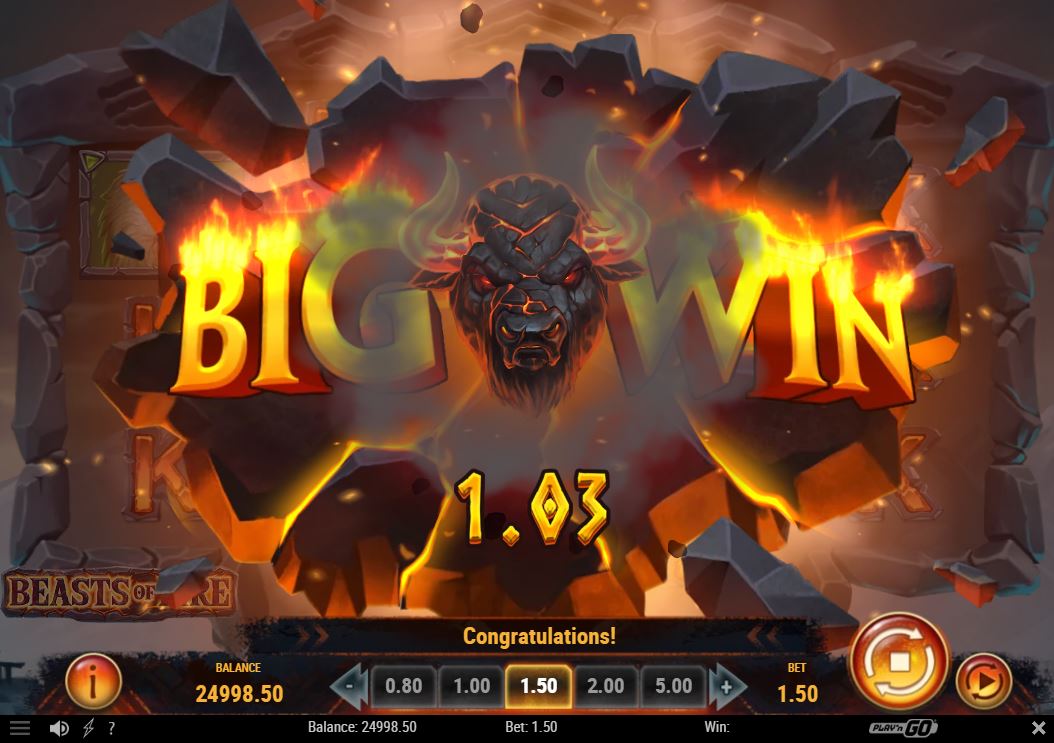 Beasts of Fire does not have a compelling story or theme, as it is inspired by the American Buffalo. The slot machine takes you to the frozen landscape where you will meet the buffalo and other wildlife on a nature-inspired experience for a chance to claim your share of nature’s riches.

Beasts of Fire by Play n Go has a five-reeled format that has a 3-4-4-4-3 setup that hosts 576 ways to win. The slot machine takes place in the frozen landscape of North America. You will see snow falling around the reels, with mountains of ice and snow as far as the eye can see. As for the symbols that are going to appear across the reels, they include different wildlife animals. They include the Bison, a Buffalo, American Bald Eagle, a bear, a raccoon, the ire Beast, the Sunset, and the Scatter golden coin. The panel is underneath the spinning reels, where you will control the gameplay, place bets, spin the reels, and more.

Beasts of Fire slot has a unique reels setup with five reels and 576 ways to win. You will claim a payout upon matching 3 symbols that have to start at the leftmost reels on successive reels. The highest paying symbol is the Bison symbol. The game is playable with stakes that vary between 0.10 and 100 credits for each round. Play n Go also provides a Turbo Play and Auto Play function. The max reward is equal to 25000x the stake and offers an RTP of 96.24%, which is above the industry average, with a 7/10 variance score by the developer. 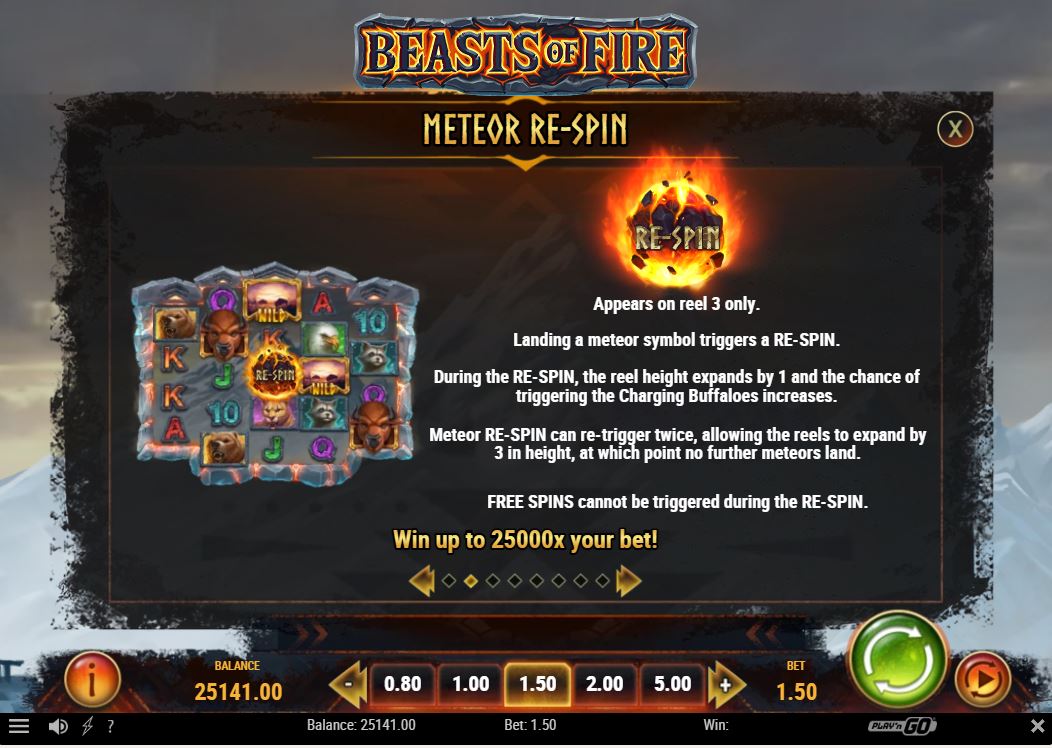 Beasts of Fire has three bonus features. First, there are random buffalo symbols that can appear on the gameplay, as well as a meteor symbol that will increase the reel height and trigger re-spins. That enables you to increase the ways to win.

You can trigger this feature at random during the gameplay. The buffalos will charge the reels, and the number of buffalo symbols will increase on the reels, which will help trigger some bigger rewards. That is because the buffalo is the highest-paying symbol.

The re-spins feature becomes active when the meteor land on any of the reels. That reel’s height will increase by one spot, and you will have a better chance at activating the Charging Buffalos Feature. The game can expand to offer up to 12348 ways to win.

You will need to get 3 gold coin scatters on the three middle reels to trigger Burning Power Free Spins. You will claim 10 free spins at first.