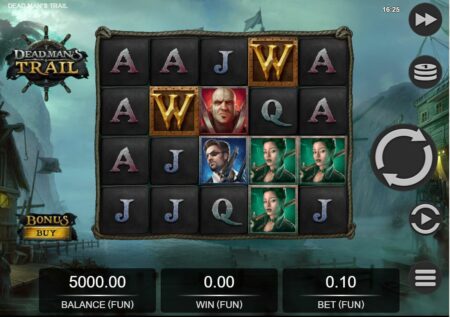 Dead Man's Trail is a five-reeled video slot machine that has 40 lines, a max jackpot reward of 50000x, and various bonuses.

The bonuses include coin prizes, wilds, and the Trail Bonus.

Play the Game
Pros
A Trail Bonus with Win Boosters and a Pirate Theme.
Cons
No Free Spins

Dead Man's Trail by Relax Gaming boasts superb visuals and cinematic design and takes you on a journey where you will hunt for gold. It is a pirate-themed adventure, as you can expect from the slot's title. It has five reels, 40 paylines, and plenty of bonus features. There is the Trail Bonus feature where you will collect prizes, Mystery Chests, and a max reward that can be as high as 50000x. You can know more about Dead Man's Trail through our deep dive review that we have for you here. 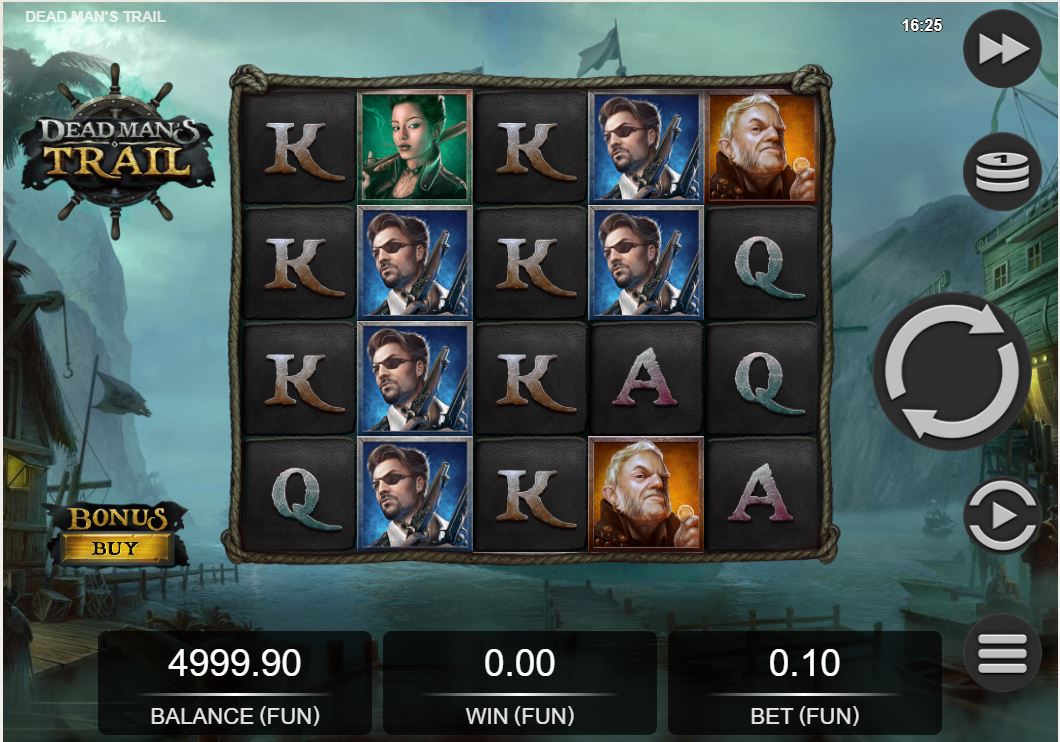 Dead Man's Trail is a pirate-themed slot machine. You will join a group of pirates who are searching for the Dead Man's Chest by following the Dead Man's Trail. The game has a very gritty feel to it, which adds to the authenticity of the pirate theme. So get ready to join the pirates as you hunt for riches and treasures.

The game's pirate theme of the game dominates its visuals. You will notice that the game's spinning reels are located against a backdrop of a pirate port during a storm. So you can expect some gritty imagery that fits the theme of the slot. You will see Captain Pugwash as well as other pirate symbols appearing on the reels of the game. Overall, the game has a stylish visual style with pirates with scars and tattoos for that gritty and realistic feel.

Dead Man's Trail is a 5×4 slot machine with 40 fixed paylines. You will claim winning combos upon getting a minimum of three matching symbols or wilds from the first reel to the right ones. The slot's betting range is kind of limited, varying between 0.20 and 20 credits per spin. So it is not really for the high stakes players but dedicated for those with a smaller gambling budget. The slot also has the Turbo Spins function and Autoplay. The game has an RTP of 96.29% and a max reward of 50000x the stake. 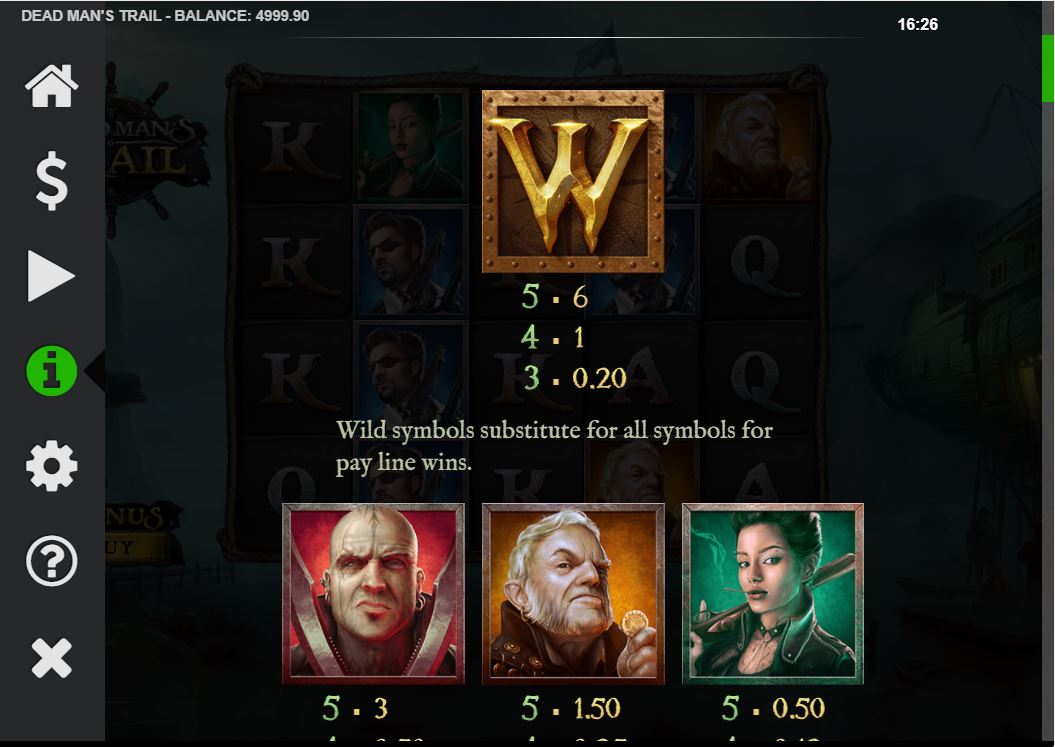 Dead Man's Trail is a bonus-packed video slot machine by Relax Gaming. The slot has two main bonus features that can help you trigger some massive rewards. These features are the Coin Feature and the Trail Bonus feature.

You will need to look out for the special coin symbols, which come with a cash value. But, that is not all, you will trigger the Coin Feature when you get a coin on three of the slot's reels at the same time. Then, you will get the values attached to each coin and win an instant prize.

When you get 3 or more of the bonus icons, you will welcome the arrival of the Trail Bonus. You will walk the pawn around the positions on the board. If you land on a normal Tile, you will get the coin value attached to it, and there is also a Start Tile that will reset the bonus round. The most interesting part of this round is the Mystery Chests, and if you get those, you will trigger one out of 11 modifiers. They can trigger win boosters, multipliers, and cash rewards.