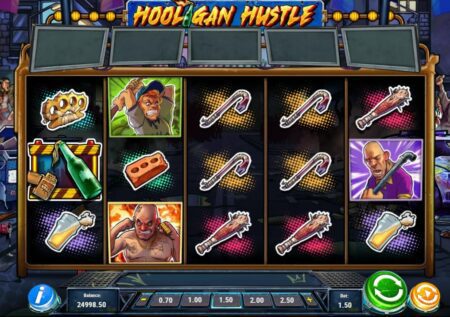 Hooligan Hustle is a new Play n Go video slot machine with a football and hooligan theme and plenty of rewarding features.

The new slot has fantastic visuals, a fun theme, free spins, and splitting symbols that offer up to 248,832 ways to win.

Hooligan Hustle is a Play n Go is a five reeled video slot machine with 243 ways to win. It offers a fun and an exciting hooligan/football. In addition, it offers plenty of features that can result in tremendous rewards. These features include 3 Rumble Row modifiers and splitting symbols that can increase the ways to win to 248,832. The slot also has a free spins feature and a max reward of 10000x the stake. The visuals are immersive and create an engaging ride, with plenty of gameplay features. You can find out more about this slot, its features, bonuses, and gameplay here at this detailed review. 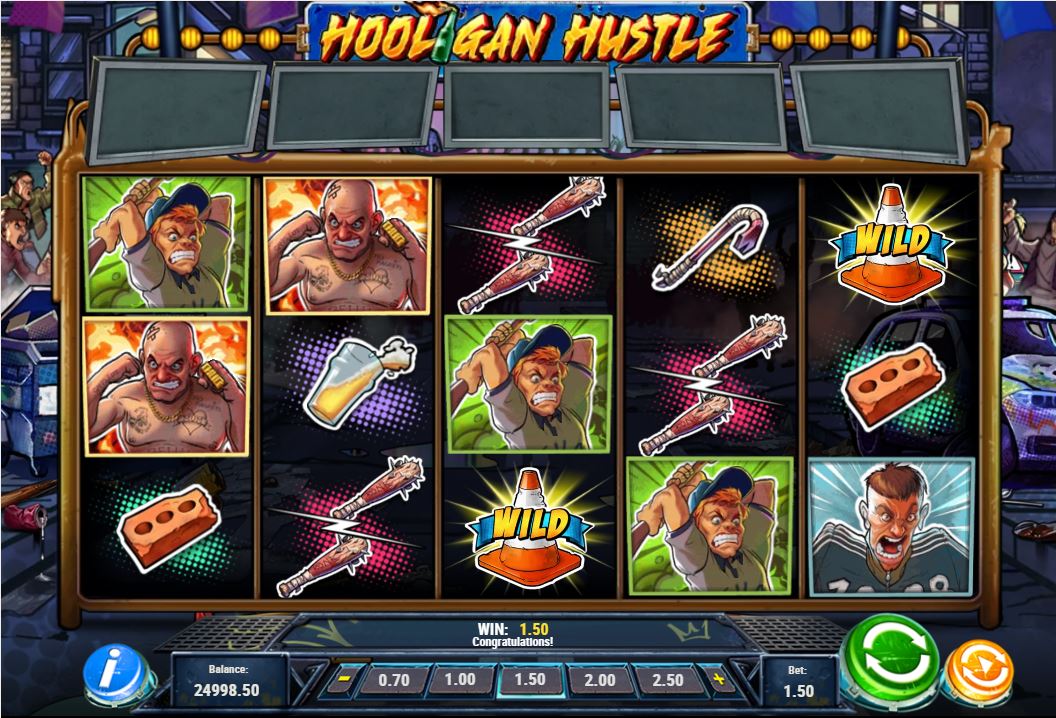 The game has a Hooligan and football theme. It takes you on a wild ride, which is full of crazy fans who adore their football teams. The game takes place during one of the most important football matches of the year, and with hooligans around, the chaos is brewing. The game puts you into the faceoff between the fans of the two teams for an action-packed adventure.

The Play n Go video slot machine has five reels and begins with 243 ways to win, with the ability to increase to reach 248,832. The slot takes place in front of the stadium where the match is taking place. So you will see the chaos and the hooligans in the background. As for the symbols on the reels, they include bricks, brass knuckles, as well as the different hooligans that are battling it out on the streets.

Hooligan Hustle is a 243 ways to win video slot machine. You can create winning combinations when you match three symbols on adjacent reels. Through the bonus features, you can increase the way to win to reach 248,832. The game has a stakes range that is between 0.10 and 100 credits for each spin. There is the Bolt icon that enables Turbo Play and the auto spins function. The RTP of the slot is fixed at 96.27%, which is higher than the average of most slots in the industry. It is a medium-high variance title, rated 7/10 by Play n Go. Last but not least, the game offers a max reward of 10000x the stake. 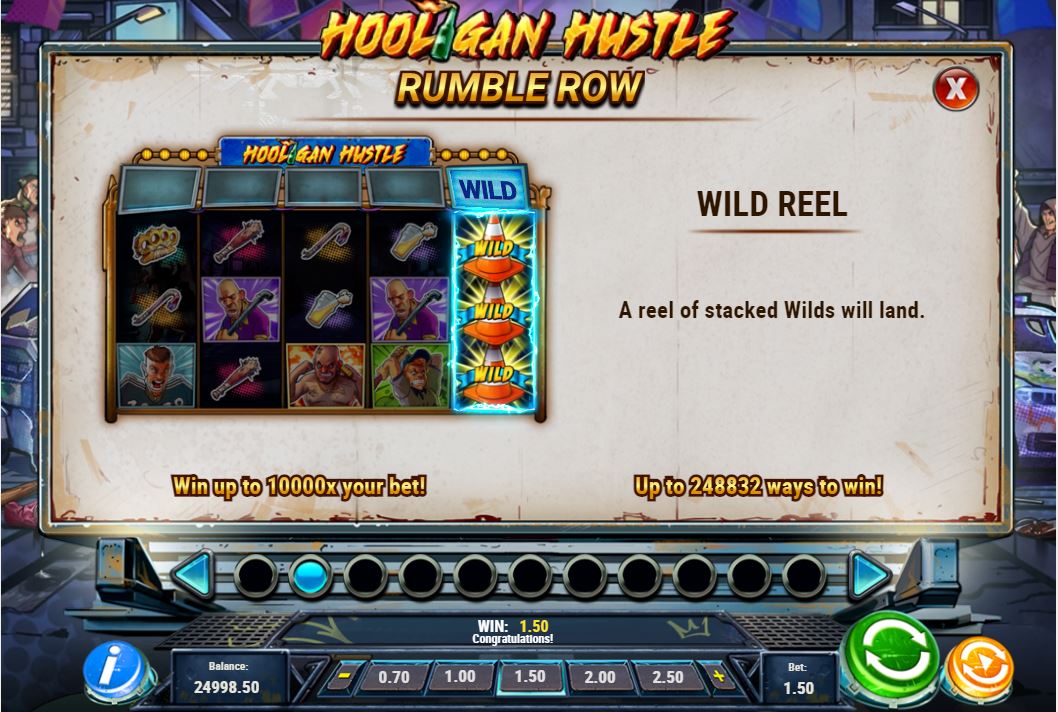 There are wooden box symbols that come with a “?” on them. They are mystery symbols, and they can trigger the Mystery Symbols features. These icons will all transform into the same random symbol. It can be any symbol, except the scatter icon.

Splitting Symbols can become active on any spin. A symbol can become randomly chosen to be split in 2, with all instances of this symbol splitting. That is going to increase the number of ways to win to reach 248,832.

Randomly during the gameplay, the Rumble Row above the slot’s reels can become active. That will trigger a variety of features on the reel below it. These features are Wild Reels, 2x Multiplier Feature, and Double Trouble feature.

You can activate the free spins bonus when you get three or more of the Molotov cocktail symbols on the reels. There are three free spin types. They are Anarchy, Riot, and Lairy.