The World’s Most Outrageously Cool and Expensive Cars

Million-dollar cars go deeper than simply driving to and from work. It's for the same reasoning that if someone were to ask why a car enthusiast owns five vehicles, he would say the reasons go beyond the car itself. A heart-felt passion for the lion's roar of the engine, and the fact that the upscale luxury cars are an artful masterpiece on rolling wheels. Such priorities encapsulate the attention of the affluent one-percent, and they purchase outrageously cool cars for their swagger and flamboyance over efficiency and practicality. Here's a collection of some of the best road-legal cars, but for the purpose of clarity, the classic muscle cars sold at auction have slipped past this list. 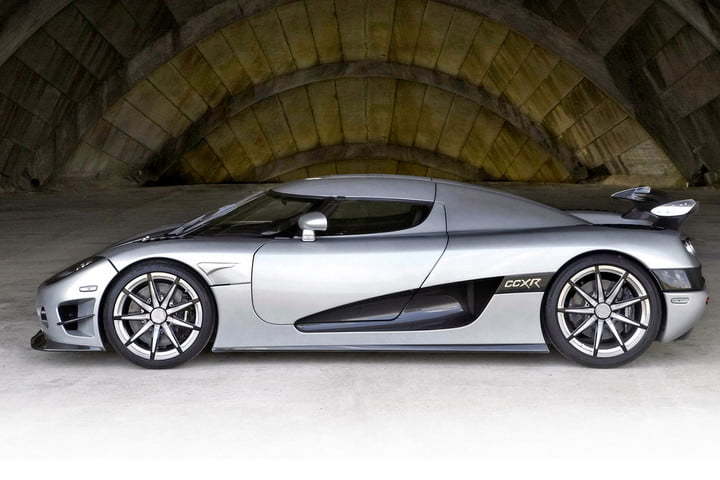 The world's most expensive street-legal car in production today, Koenigsegg CCXR Trevita costs such an extravagant amount of dollars because the Swedish manufacturer literally coated it in diamonds, making it one of the world's rarest supercars. The exterior finish technique could be called the Koenigsegg Proprietary Diamond Weave. With that said, a touch-up paint job probably costs an unfathomable amount of dollars. Open the hood, and the V8 engine produces 1,004 horsepower with 797 lbs-ft of torque. Not only is the Koenigsegg CCXR a work of art on wheels, put the pedal to the metal and the driver will zip down the highway from zero to 60 in under 2.9 seconds, and the speeds reach in excess of 250 mph. That's one fiery speed demon! 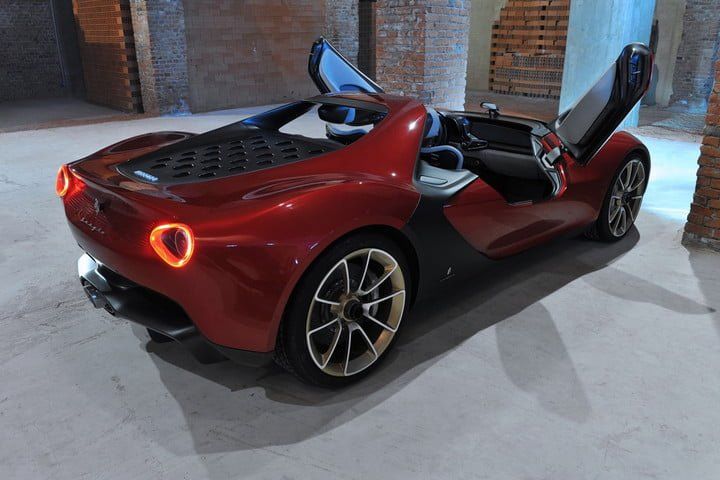 Commanding an exorbitant asking price of $3 million, every rich car collector covets this as one of the greatest prizes, seeing as how only six of these cars were ever manufactured. Ferrari, the Italian sports car maker, built their first car in 1940, and they have become a superstar brand ever since. What might racers compare the Ferrari Sergio to? The 458 Spider bears the closest resemblance, but this model looks hotter with its world-class interior and predatory body style. The Sergio body shell weighs 220 pounds lighter than the 458 Spider and has a stiffer body. Open the hood and the car uses 562 horsepower sent straight to the wheels, but because the Sergio weighs less than the 458, the handling feels twice as responsive, and the car jolts to life at the lightest tap on the foot pedal.

Not only does the body shell weigh less, the depth of detail distinguishes it as the alpha wolf of the pack. Ferrari paid a perfectionist level of attention to the details like aerodynamic headrests built right into the roll cage. 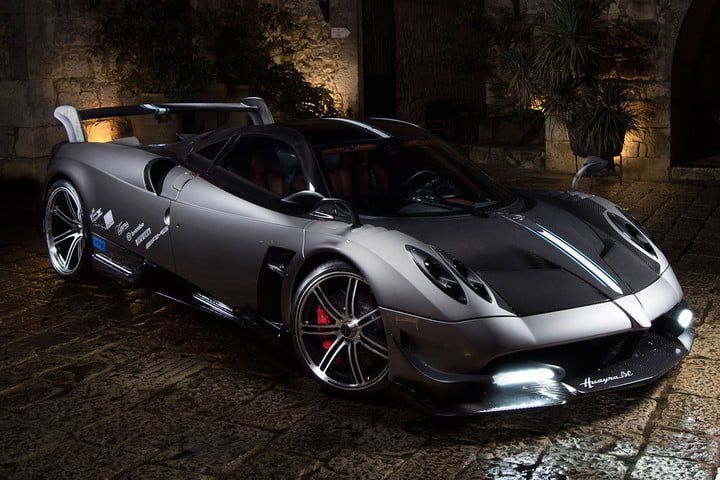 Praised as the second fastest road-legal supercar, the Pagani Huayra BC earns its title as a snarling beast that's bad to the bone. The car got its name from the Incan god of wind, but Pagani never let up on the intensity for one second. The Huayra BC kills the last prisoner without mercy, and this hot engine masterpiece takes the standard of cars to a whole new and improved level. Aerodynamics have been given special care, and the BC boasts a feather light weight that brings with it the responsive talent of agility. Generating up to 789 horsepower, the Huayra BC lives up to its god-like reputation for power and sophistication. Meanwhile, Pagani's obsessive level of attention to detail has brought this screaming supercar a dynamic performance on every parameter. Want thundering speeds? Huayra earns its title as one of the world's fastest at zero to 60 in 2.8 seconds. Not to mention, the speed tops out at 230 mph. 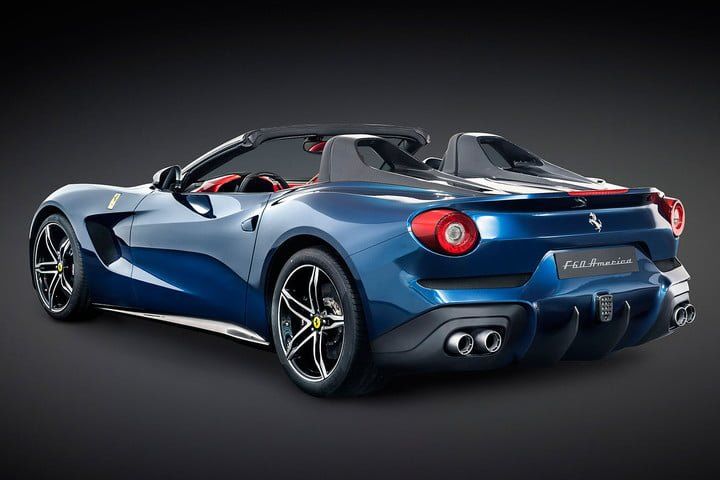 As a way of celebrating its successful 60-year run in North America, Ferrari launched into one of the most ambitious models ever called the F60 America. The patriotic design dons classy stars and stripes with American flag seat inserts to bring home the theme of this classic. Ever wanted a convertible? Nothing feels better than a wild ride down the road with the wind whistling past, and drivers can use the lightweight fabric top to reach speeds of 75 mph.

Anyone looking for a supercar with some resemblances to the F60 might look at the F12, which seems mechanically similar. The 6.2-liter V12 engine blasts this car down the highway from zero to 60 in 3.1 seconds. Looking at any one of these supercars, people will notice how each of them take the cake as some of the fastest built cars in the world. Ferrari's classy and exclusive car brand that even has a VIP waiting list that can take years to get on. In fact, people who want to buy a Ferrari will have to leap through multiple hoops to own one. 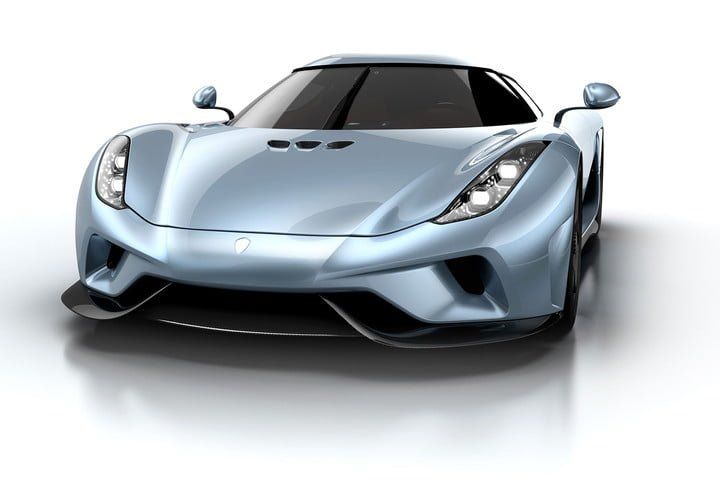 This electrified Swedish automaker outshines its competition in dozens of ways. First, the 5.0-liter twin turbo V8 engine produces a jaw-dropping 1,500 horsepower. The impressiveness of that fact compounds itself when looking at the low 3,240-pound weight of this supercar. For the lower $2 million asking price, the Koenigsegg Regera also leaves a trail of fire behind it with speeds from zero to 60 in just 2.8 seconds. While even that draws a crowd, the cherry on top is how the Regera reaches zero to 186 mph in just 10.9 seconds. On all accounts, this car pushes the boundaries of what's possible with an impressive victory over physics. In fact, to take home the trophy, the Regera reaches 248 mph in 20 seconds flat.

Each car on this list has earned its spot with impressive attention to detail, lightning speeds, and Titan-powered engines. Supercars aren't great because of their practicality. What makes them valuable is how they showcase the limits of human potential and what intelligent engineering can accomplish. Anyone with a passion for cars understands the true value and excitement of these astoundingly cool supercars. While most people don't have the gigantic bank account to buy one, it can still be a lot of fun to imagine riding in one.