What Do Lottery Winners Do with Their Money?

Home » Casino News » What Do Lottery Winners Do with Their Money?
Casino News

How would you spend money won from the lottery? This is exactly the best way to respond to this question. Most lottery winners would rush to buy a new home, tour around the world, offer some of the money to charity, and buy a new car. A good jackpot win would make you afford all these things and save some money.

The trick behind playing lottery games is the moment we hear about ordinary people turning their lives around after winning huge lottery fortune. Companies that play these games have to constantly share this information as a marketing strategy. The question of what lottery winners always do with their money keeps crossing our mind because we always hope someday we can be in a similar situation. In such a situation, you will then be required to make a momentous decision on your own with what to do with the big money.

Here is what lottery winners have done with their big lottery wins in countries of interest to help you make plans on how you can spend this money when your big day comes.

What Lottery Winners do with their Money

When a big lottery win happens, the criterion of getting the winner is not mindful of the age factor. Therefore, most winners would range from as young as 18 years to old ages of 60s and above. People within this age bracket have different lifestyles and behaviors. These are critical factors that play a role in determining on how this money is spent.

Lottery wins are mainly spent on investments like properties, luxury, charity, and other life expenditures. The manner in which an 18-year-old spends this kind of money may not be the same style in which a 35 or 50-year-old might spend the same amount. Kids in their 20s may think of traveling across the world, hold parties, buy the latest car versions in the country, and get the best flashy staff that appeals their eyes.

Most people who are aged may also want a good life and think of traveling to different places. They will also consider a nice car and house for their family. The major difference is the nature of mindset between the two groups. A teen may not necessarily have time to think about family, future investments, and planning for their future life.

Older generations and family people will think of big investments that will benefit their children in future. For this reason, they might consider big investments for the benefit of their children. They may not engage in flashy shows that might spend most of the money. Apart from a few of them who might decide to dump their families and choose to celebrate on their own, most family settings would consider touring the world together and having fun as a family unit. The level of wastage is extremely low compared to the amount of money invested invaluable assets. 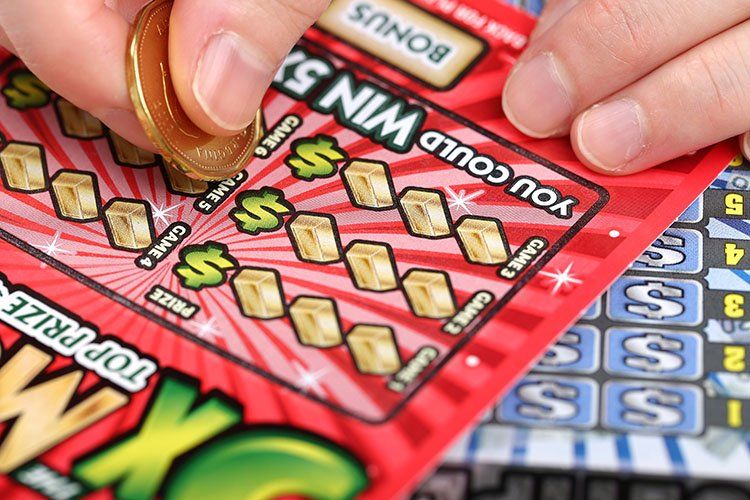 What Should Lottery Winners Do with Their Money?

Lottery winnings may come with overwhelming joy, which may eventually expose you to unexpected additional risks. The same concept applies to other windfalls that may bump into sudden wealth either from a business sale or a family inheritance.

Before you think of what to do with this money, it is advisable to

Maintain Anonymous State for a While

Lottery winnings should not be a platform for you becoming famous in the country. Once the public knows you are suddenly wealthy, anyone will want to get close. You’ll always be badgered with constant requests for handouts from all corners. Everyone including charities to relatives and long-lost friends not to mention will come up. It is not bad to help out and change a life when given a chance. However, you should remember that this is a one-time opportunity that should change your life forever. Check the state rules and see what you can do to dodge some of them until you certain enough of a stable investment.

Rules that manage winner publicity may vary by state. For instance, national lottery winners’ names in New York are preserved as a public record. In other states, it may be possible to maintain an anonymous state by setting up a limited liability or trust company to receive the national lottery. It is also possible to remain anonymous in states like South Carolina.

Look for a Tax Pro Before Cashing the Ticket

There are special cases where you might take the prize all at once or have it paid out in simple installments for a specified period, in form of an annuity. Having it paid in full amount may incur a tax payable on the entire amount. Annuity payment only attracts tax as you receive the installment payment.

For people who may have trouble controlling their spending trends, receiving the money as an annuity may be the best option. However, there are certain setbacks if you have to consider this method. Comparing the effective yield you would have generated of the lottery numbers, by paying taxes on the entire sum and investing the proceeds.

What to do with the Cash

Start by getting rid of any debts. We live in tough economic times where staying without debt may not be a practical situation. No better investment move supersedes paying off all your debts and being free.

Second, use the right bank to save your lottery numbers. Have your bankers and financial advisers get you the best account that would be beneficial for such a big sum of money. It may be advisable to go for a high-interest account that would rapidly increase your wealth with very minimal effort.

Project into the future as you make your investments. Irrespective of your age, whether you have a family or not, you will need to secure the future for your family and children. For people with family that has young children, a discretionary trust fund may be the best option to ensure that you pass money to them while ensuring to retain control.

Keeping contact with a financial advisor may seem costly but the best way to keep moving your expenditures under calculated control. Do not develop the lazy attitude of keeping off such meetings. Financial advisors will help you invest your money in the right way.

The Most Popular Canadian Lottery Games

One of the most popular lottery games in Canada is Lotto 649. This game is run and regulated by the Interprovincial Lottery Corporation (ILC). The first ever jackpot prize to be picked was worth $500,000. The game starts with a $3.5 million price and is rolled over anytime a person wins. Therefore, it is clear that the payouts made to winners can be quite generous.

Other Lottery games in the country include:

LOTTO MAX: Has a jackpot that starts at $10 million with a growth extension of up to $60 million

The Most Popular UK Lottos

The National Lottery is the most common game in the UK. In this game, players are made to select six numbers between 1 and 59. A winner is determined by perfectly matching six of their numbers to the main balls that are drawn on the night. You also have an option of going for a Lucky Dip if you are struggling to pick your own numbers. The Lucky Dip option randomly selects a set of numbers on your behalf for you to play in the draw.

Lisa Robinson and John of Tennessee shared a record of $1.6 billion Powerball jackpot. In addition, there were two other players who won the ticket holders in 2016.
Chris Weir and Colin claimed 161 EuroMillions jackpot in the year 2011. With these payouts, they purchased a mansion in the town of Largs in the North Ayrshire, worth 850,000 euros. They also made lavish and modern improvements to their property by installing a luxurious indoor swimming, Roman style ornamental statues, spa pool, a greenhouse, and a Jacuzzi.

The Most Popular German Lotto

This is the most classic among the euro lottery games. After a period of about 60 years of play, 6aus49 is still being played as the most popular gambling euro lottery games. The player is made to tap the famous 6 of the right handlers with an additional super number in order for them to be announced the LOTTO millionaire.

OLG lotteries are also among the most common played games across the country.

The essence of playing lottery games is the urge and will to someday make a change of your life with the big win. For this reason, as a player, you must keep in mind that your chances of winning are totally based on the test of probability. A win could happen on the first gameplay or after consecutive loses. Therefore, it lottery games are not meant for the faint-hearted. You have to be consistent and play on until your lucky day comes.