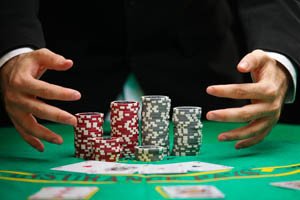 John Monette, the 30 years old professional poker player from California has won his second WSOP bracelet. He has won it in event 10 at the WSOP in Las Vegas. This event was a five thousand buy in event and a 7 card stud competition. This event had one hundred forty five participants which resulted in an amazing prize pool that amounted up to 681,500 dollars.

After fierce competition between the 145 players, only seven players reached the final table of the event. This table included names such as Jeff Lisandro, Perry Friedman, Ray Dehkharghani, Mark Di ckstein and Timothy Finne. This table contained two players with one WSOP Bracelet, Monette and Lisandro, but Monette was able to prove that he is the better player and was able to add a second WSOP to his existing collection. Although these are the players who managed to reached the final table but there are big names who didn’t reach it such as Nick Shulman and Eugene Katchalov.

The final table ended in having a head to head battle between Huu Vinh and John Monette. This confrontation didn’t last long as John Monette had a 6 to 1 lead in chips over him and he only needed twenty minutes to eliminate his rival and to secure his 2nd WSOP and to secure his prize pool of 190,826 dollars. As for the last hand, Monette won it by getting a good poker hand of 2x jacks.